“While we agree on the importance of disclosures related to the use of state funds, we also recognise the importance of maintaining the confidentiality of this proprietary information, the disclosure of which could undermine the success of these companies and the Permanent Fund’s investments” 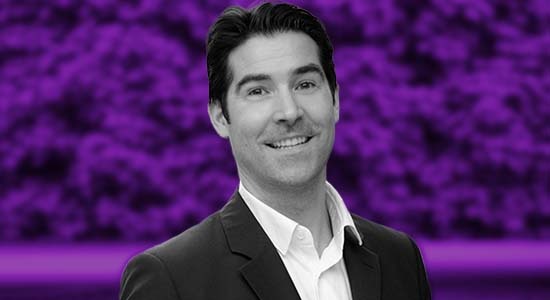 I spy… something beginning with I and R
Timothy Lee, who until recently served as head of investor relations at the troubled Novalpina Capital, has joined healthcare and tech-focused Keensight Capital as global head of IR, Side Letter has learned. It’s unclear when Lee, a seasoned fundraiser whose career includes stints at Park Hill Group and Mercury Capital, and was identified by peers as a “standout talent” in his field in PEI‘s Future 40 list in 2020, left the troubled mid-market firm. Keensight’s website now lists Lee as a partner.

Readers will recall that Novalpina was facing a GP removal process last year amid a falling out between the firm’s founders and intense scrutiny over its investment in NSO Group, an Israeli spyware company whose Pegasus software is alleged to have been used by authoritarian governments to spy on journalists, political figures and public figures.

Sinha on the dotted line
As PE and VC firms become more active in India, it stands to reason that they need more staff on the ground.  Managers made 310 mid-to-senior hires over the past year, India’s Economic Times reports. This compares with just 200 in 2020, 165 in 2019 and just over 100 in each of the two years before that. Notable hires last year included Padmanabh Sinha, who joined the National Investment and Infrastructure Fund as chief investment officer for PE from Tata Capital and Amit Jain, a former Mumbai-based senior managing director and 10-year veteran at Blackstone, who joined Carlyle as co-head of the India investment advisory team.

Indian PE activity has exploded during the pandemic, with a slowdown in China activity due to Beijing’s regulatory crackdown last year only serving to increase appetites for the market. Firms deployed $104 billion in India across 2,294 deals during 2020 and 2021, compared with $42.19 billion over 1,219 deals in the preceding two years, according to Refinitiv.

Come join US
While we’re talking talent, US venture capital was bolstered on Friday by a newly passed bill designed to help the country compete with China, affiliate title Venture Capital Journal reports (registration required). The America Competes Act sets forth provisions for nearly $300 billion in funding for research and business development, including the possibility of establishing a special visa for start-up founders that own at least 10 percent equity in a company and play a “central and active” role in its management or operations. Foreign workers could also benefit from the visa as long as they have an offer from a start-up in an executive or managerial capacity.

There are conditions attached to the visa, including a stipulation that the start-up must have received at least $250,000 from qualified investors or at least $100,000 in government grants within 18 months of applying. Still, it will come as good news for many in the VC world who have previously called for the immigration process for start-ups to be more accessible. Some had expressed concern that the US might lose talented founders to other countries that already had similar start-up visas, such as Canada.

Texas County & District Retirement System has kicked off 2022 with seven private equity commitments worth a total of $341.7 million, according to the pension’s recent investment activity.

The commitment to Charles River Ventures marks a new GP relationship for the public pension fund. New Enterprise Associates is currently in market raising capital for its 18th healthcare and technology-focused vehicle.

The $42 billion US pension fund is below its 25 percent target allocation to private equity, at 21.7 percent.