“It’s not a have-to-do but it is something we continue to spend time on.” 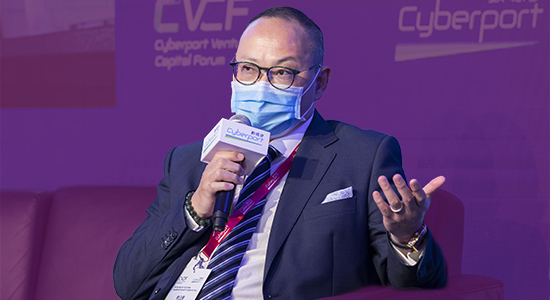 Keeping it in the family
There’s been a lot of noise in recent years about family offices as an increasingly important source of capital for private equity funds. While the intent certainly appears to be there, one key obstacle remains: recruiting the necessary personnel. Speaking at the Cyberport Venture Capital Forum in Hong Kong on Tuesday, Professor Heinrich Liechtenstein of IESE Business School, told delegates attracting the right team was the biggest challenge facing family offices today, noting that PE staff “can become really expensive”.

Recruiting professional staff can be doubly important for family offices without an adequate succession plan, Simon Je, a fellow panellist and co-founder of the Hong Kong International Family Office Association, told Private Equity International on the event’s sidelines. “Sustainable investment is not only how we invest in a sector of business and how many X we can return; it’s how we can sustain that return,” he said. “And the sustainability of the return is based on your governance of the family.” You can read our full coverage of the panel here.

Family offices aren’t the only investors struggling to find the right personnel. Yesterday, Side Letter discussed the plight of New Mexico State Investment Council, which is also losing sleep over its ability to afford new staff.

BC Partners’ new pet (project)
BC Partners has launched a dedicated fund focusing on Greek private equity, per a statement this morning. BC Partners GR Investment seeks to invest in and support high-growth small and medium-sized companies in the country and has made its first investment in pet retailer Pet City. We’ve put a couple of questions to BC about the strategy so stay tuned.

KKR earnings
KKR became the latest blue-chip giant to disclose Q3 results yesterday. Like many of its peers, the New York firm was keen to emphasise the growing importance of private wealth to its fundraising plans. You can read more about that in our coverage of the earnings. Here are some other highlights:

Carry in the clear; tax risk remains
ICYMI: The National Law Review on Monday published a summary of the changes to the US Build Back Better Act, which was revised last week. Here’s what you need to know:

From PE to politics
As Side Letter was going to press, US media reported that former co-chief executive of Carlyle Group Glenn Youngkin had won Virginia’s governor race against Democrat Terry McAuliffe. Youngkin stepped down from Carlyle last summer after three years of shared leadership with Kewsong Lee. Youngkin, who had faulted Democrats for raising taxes during his campaign, had pitched to voters his 30-year career building businesses and creating jobs to “create a different future for Virginia, taking it from good to great”.