“I could buy a passive ETF for almost nothing and you want me to pay this? It’s a hurdle that some investors won’t get over”

Peter Burns, president and chief executive of Commonfund, tells PEI that many retail investors get sticker shock at the cost of investing in PE. Such investors should focus on whether the asset class beats public markets, he counters. 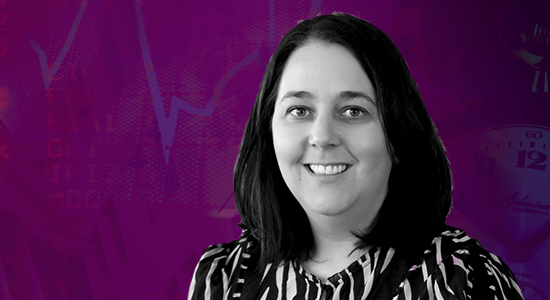 Looking Down Under
Two years ago we posed the question of whether Future Fund, the A$204 billion ($145.4 billion; €128.9 billion) Australian sovereign wealth fund, might just be the world’s most prescient investor. With a major rebalancing of its private equity portfolio immediately prior to the coronavirus pandemic, Future Fund was able to lighten its international growth and buyout portfolio and create liquidity at a time when markets were going into freefall. In a portfolio update announcement on Tuesday, the SWF shed more light on how it’s looking to deploy, saying it was anticipating a lower return environment due to higher interest rates, and that it was looking for more illiquid exposure, including private equity – now the Fund’s biggest asset class at A$34.3 billion, or 16.8 percent of its total portfolio.

Investors are watching Future Fund keenly – and with good reason. On Hamilton Lane‘s latest earnings call on Tuesday, chief executive Mario Giannini referenced Future Fund’s plans to ramp up its exposure to illiquids. “When you hear something like that and think about how people look at what might happen over the next couple of years, private market has become a little more interesting for many investors.”

Evergreen growth
Speaking of Hamilton Lane, the firm has collected $2 billion for its retail-focused evergreen vehicle, averaging $100 million in monthly inflows over the past 12 months. Speaking on yesterday’s earnings call, head of strategic initiatives Erik Hirsch noted the vehicle has a wide mandate, including the ability to pursue secondaries and equity and credit co-investment. Firm-wide, total assets under management grew 29 percent to $98.1 billion.

Net zero’s blind spot: PE
The Institutional Investors Group on Climate Change has released private equity-focused guidance for its Net Zero Investment Framework: the first guidance for LPs and GPs to align their portfolios to net-zero carbon emissions by 2050. Private equity is a “blind spot” for institutional investors when it comes to net zero, Stephanie Pfeifer, chief executive of the industry body, said in a statement today. Affiliate title New Private Markets spoke to the IIGCC for more details (registration required). The guidance comes a day after Carlyle Group said it was aiming for net zero by 2050 or sooner.

PE’s next frontier
Also talking of Carlyle, the alternatives giant has become the latest firm to expand its ability to capture private wealth capital, partnering with wealth management platforms iCapital and Allfunds to distribute Carlyle funds to clients. Carlyle has raised at least $40 billion from high-net-worth individuals since inception, according to a statement about the tie-up.

The opportunity for wealth capital has become harder to ignore. As EY’s latest Global Private Equity Survey has found, nearly half of PE firms are seeking capital from wealth managers and retail channels. It’s a topic we’ve spent the last few weeks speaking to multiple market sources about for our Deep Dive, which is in the February issue of PEI and out online next week.