“It is almost like conducting an orchestra where the whole thing has gone into ‘Ride of the Valkyries’ – we have to slow down a little bit to protect the human element from crashing.”

Philipp Freise, co-head of KKR’s European private equity business notes in a Bloomberg interview how rapid capital deployment last year – $19.6 billion of deals in the region since the pandemic started – called for a pause and some introspection. 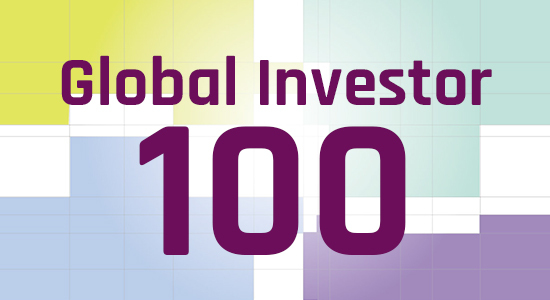 Ranked: The world’s biggest investors in PE
The wait is over. The GI 100, our exclusive ranking of the private equity industry’s biggest investors based on their exposure to the asset class, is out today. Click here to find out who’s in the top spot (spoiler alert: it begins with C and ends with PPIB) as well as which other institutions round out the coveted top 10. This year’s list welcomes 16 new entrants who, rather than replacing 16 who’ve fallen out of the list due to a drop in size, have joined and expanded the aggregate capital exposure of the group which sits at an impressive $1.2 trillion.

European fund close
Nordic Capital has held a one-and-done on its debut mid-market fund, gathering more than €1.2 billion against a €750 million target, PEI reports this morning. Nordic raised its Evolution Fund in just three months and received commitments mainly from European investors. The speedy fundraise comes nine months after the firm set a record last year with its biggest-ever fund, the €6.1 billion Nordic Capital X. The move into the mid-market was prompted by “a very interesting opportunity set”, Kristoffer Melinder, managing partner of the firm, tells us. The fund will target control buyouts in Northern Europe with equity investments of between €35 million and €150 million. European buyout shops that have recently launched dedicated mid-market funds include PAI Partners, which collected €920 million early this year.

Another European fund close
Swiss asset manager Unigestion has held the final close on its second direct investing fund, Unigestion Direct II, with over €600 million of capital commitments, per a statement seen by Side Letter. The firm began raising capital in 2019 and has deployed more than 40 percent of the vehicle across companies in the US and Europe. Here’s what we know about UD II:

List-omania
TPG could be the next firm to go public, according to a report in the Wall Street Journal (subscription required). The Fort Worth-headquartered firm, which is in market with at least five vehicles according to PEI data, is considering an IPO or a merger with a special-purpose acquisition company that would value the firm at around $10 billion, according to the report. The news comes two days after Bridgepoint, owner of Side Letter‘s parent company PEI Media, said it would try to raise around $415 million via a London listing.

More Shariah PE
UK asset manager Ethos Invest has teamed up with BMO Global Asset Management’s PE team to launch a sharia-compliant PE fund. The Financial Services & Technologies Fund will seek £1 billion ($1.4 billion; €1.2 billion) to make sharia-based investments in SMEs across the UK, Europe, Saudi Arabia and the wider MENA region, Southeast Asia and North America, per a statement. Appetites exist for sharia-compliant PE – Partners Group was selected in February by Employees Provident Fund of Malaysia to manage one of three $200 million sharia-compliant mandates. They talked us through the concept here.