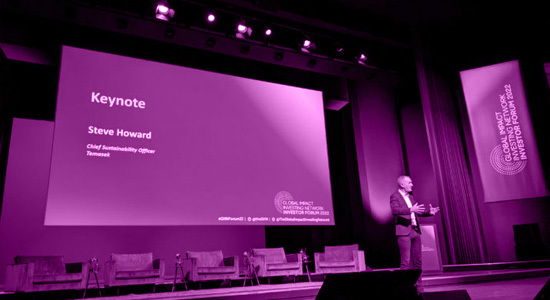 Impact insights
Missed the Global Impact Investing Network’s 2022 investor forum in The Hague last week? Our colleagues at New Private Markets were on the ground to compile this handy list of takeaways (registration required). Here’s what you need to know about impact:

London calling
Earlier this month, our colleagues at PE Hub Europe broke the news that Emmanuel Laillier, Tikehau Capital’s head of PE, had relocated to London from the firm’s Paris office. London has been a destination of choice for many PE firms recently, with Thoma Bravo also opening a London branch in early September. PE Hub Europe spoke with Laillier to hear the reasons behind his move to the UK capital, as well as Tikehau’s plans for its London office and whether Brexit is still giving the PE industry headaches. You can read the full interview on PE Hub Europe here (registration required).

Hedging their bets
Alternative assets have won fans this year for their resilience relative to the public markets. That’s according to a September survey of 100 institutional investors and wealth managers in Switzerland, Germany, Italy and the UK conducted by asset manager Managing Partners Group. The research, published this week, found that 68 percent have increased their alternatives allocations over the past 12 months, 11 percent dramatically so. Almost two-thirds (63 percent) of professional investors see their allocation to alternatives increasing in the next 12 months, with 16 percent expecting a dramatic rise.

The top reason for increased appetites among professional investors is to provide a hedge against inflation. This expectation has been partly driven by the strong performance of private markets this year, with 88 percent of those surveyed saying their perception of alternatives has improved as a result. Of course, part of the private markets’ resilience has to be attributed to the lag between private and public valuations. Whether professional investors are quite so bullish once marks begin to catch up (something Harvard Management Company expects to happen by year-end) remains to be seen.

Down rounds around the corner?
While PE is worrying about markdowns, Southeast Asia’s venture capital market has concerns about impending down rounds. That was one takeaway from an online event hosted by Bain & Co and VC firm Monk’s Hill Ventures on Wednesday. The latter’s managing partner, Peng T Ong, said the firm had pulled back from the market due to last year’s “crazy valuations”. “Recently, [over the] last few months, the bubble has basically imploded, and I think we’re getting into a period of time where there’s enough dry powder in the region, and it’s being very sensible and thoughtful about how this dry powder is going to be deployed.”

Charles Ormiston, founder of Bain & Co’s Southeast Asia business, said last year’s exuberance and subsequent calming in 2022 may lead to companies being valued at less than their prior funding round. “Although up rounds are nice because you can mark up the investment and show that you still haven’t exited, it may mean that you get diluted because you say, ‘This is too high a valuation’,” he said. “So, yes, there will be some down rounds. There’s no doubt that the valuations investors are willing to put money in are lower, particularly [for] less sophisticated investors that were going in during the bubble, during the high levels.”