Gabrielle Joseph, head of due diligence and client development at placement agent Rede Partners, considers the long-term future for investor roadshows at the Women in Private Markets Forum this morning 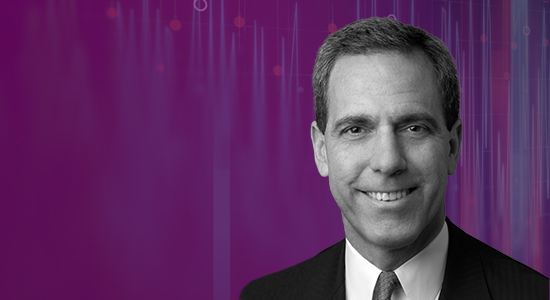 The G Unit
Credit ace Bennett Goodman (known for being the ‘G’ in GSO Capital Partners) has launched a firm, Hunter Point Capital, to buy minority interests in mid-market alternative asset managers. Avi Kalichstein (Easterly, JC Flowers & Co, Goldman Sachs) will be chief executive and Goodman will be executive chairman. Michael Arpey, former global head of investor relations at the Carlyle Group, joins as president. Other members of the HPC team include: Rex Chung, the former head of the client and partner group in Asia at KKR; Debra Bricker, ex-CFO at Harvest Partners; and Mariska Richards, currently a partner at law firm Kirkland & Ellis.

The group of financial investors fishing in the pond for mid-market GP interests is growing. Investcorp, Volunteer Park Capital, Stonyrock Partners, Leucadia Asset Management, Rosemont Investment Group and Bonaccord Capital Partners (a unit of Aberdeen Standard Investments) are all either active in the space or moving into it.

“You’re trying to unbalance however many millennia of bias and probably still some unconscious bias,” said Nic Humphries, appearing on a panel at Private Equity International‘s Women in Private Equity Forum yesterday. “The only way you can realistically counterbalance that huge history… is to positively give it a nudge in the right direction.”

Citing data from Harvard Business School, Eurazeo chief executive Virginie Morgon said in January that women make up just 6 percent of private equity decision-makers while woman-led businesses in the US and Europe account for just 2.2 percent of all PE-backed firms.

Gimme! Gimme! Gimme! (more PE)
Sweden’s largest public pension is so hungry for alternatives it may expand into other asset classes regardless of whether it receives a green light from the government on lifting the amount of exposure it can have to unlisted assets. PEI’s Adam Le reports that Per Olofsson, AP7’s head of alternative investments, has said that the €63 billion institution has been exploring ways of increasing its private equity exposure and adding infrastructure, real estate and private debt. “I think it makes a lot of sense for the savers, especially since we are so long-term in our investments,” Olofsson said. Amen to that.

North Dakota
North Dakota’s state investment board has tasked investment consultant Callan to help it look into creating an in-state investment programme, our colleagues at Buyouts are reporting. The programme would use funds from the state’s $7.5 billion Legacy fund, built up from oil-and-gas industry tax revenue. The study still needs final approval to go ahead. The fund already has a $400 million in-state lending programme with the Bank of North Dakota.

For more information on NMSIC, as well as more than 5,900 other institutions, check out the PEI database.