“Is there any reason why a company that rakes in millions and millions of dollars from buying up small businesses and closing them down shouldn’t have to disclose their general practices to their investors?” 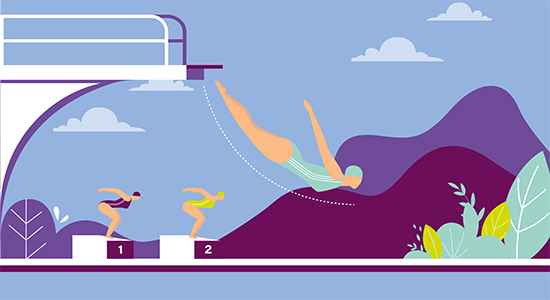 Continuation fund anyone? Yes please
Anyone new to the world of secondaries may have been intrigued by recent sensationalistic headlines referring to GPs “selling companies to themselves”. Accurate? Perhaps… but it’s a more nuanced picture than that. Continuation funds (to use secondaries parlance) have become such a popular way for GPs to hold onto assets that the transaction type broke records last year to account for almost half of total secondaries volume.

“The significant supply of capital and liquidity in the secondary market makes a GP-led secondary process a competitive and viable form of exit,” Simon Bachleda, co-founder and managing partner at Revelstoke Capital Partners, tells us in our GP-led Secondaries special report, which you can read on Private Equity International this week. First up: four key trends you should be aware of.

All change in Asia
Another day, another senior placement agent departure in Asia. Katie Chan, regional Asia head and managing director for Probitas Partners, is the latest to leave, as PEI reported on Friday. Chan rejoined Probitas from China-focused manager CDH Investments in 2019 to replace Edwin Wang, who departed after 10 years to launch a firm. Asia’s placement agents have been jumping ship with increasing frequency during the pandemic, as PEI explored in October. Many have moved in-house to bolster Chinese GP IR teams.

Golding’s €10bn
Munich’s Golding Capital Partners has reached €10 billion of assets under management, according to a statement seen by Side Letter. The firm raised €1.5 billion from 60 investors last year, including for its largest-ever buyout fund of funds, which held its final close in February. Golding expects to hold a first close on its debut buyout co-investment fund this summer on at least €100 million and will launch a similar vehicle for private debt in Q3 2021. It has also teased details of an upcoming impact investment strategy.

Apax’s quiet close
You’d be forgiven if – like Side Letter – you’d missed the news that Apax Partners held the final close on Apax X at the start of the year. The London firm quietly closed on the fund’s $11 billion hard-cap in January, according to a statement. The vehicle had been in market with a $10.5 billion target since 2019 and was expected to hold its final close in the first quarter of last year, PEI reported at the time. It is at least 22 percent invested across eight deals.

CIC’s Goldman stacks
China Investment Corp, the country’s $1 trillion sovereign wealth fund, has closed a US joint venture fund with Goldman Sachs on $2.5 billion, per Reuters. The 2017-vintage China-US Industrial Cooperation Fund fell short of its $5 billion target due to a strategy change. It has completed two investments to date and is on the hunt for more US companies planning to expand their market in China. PE participants in both markets – including Blackstone’s Steve Schwarzman – had hoped for softer rhetoric from the Biden administration, though early indications would suggest otherwise.

Landy registry
Joseph Landy, former chief executive of Warburg Pincus, has been nominated as an independent member of Partners Group’s board of directors, per a statement. Landy, who co-led Warburg for more than 20 years, is expected to play a role in the Swiss firm’s US expansion plans.