“It is the new standard. Almost every banker in the space that’s advising private equity firms on IPOs currently is advising to not contribute a large percentage of performance fees into the public company” 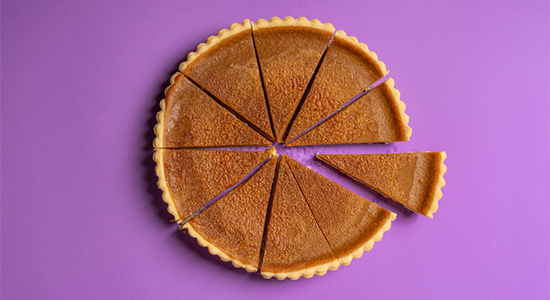 To top it off, Asian private equity giant MBK Partners has agreed to sell a roughly 13 percent stake to Dyal Capital Partners, Bloombergreports (registration or subscription required). The deal, which is valued at about $1 billion, is designed to help fund MBK’s regional expansion and widen its global investor base. MBK was founded in 2005 by Michael Kim, former co-head of Asian buyouts at Carlyle Group (read our coverage from the time here) and is now the world’s 42nd-largest firm, according to the PEI 300.

MBK marks the latest high-profile GP stakes acquisition in Asia, following AMG’s investment into Baring Private Equity Asia and Dyal’s into PAG in 2016 and 2018 respectively. Together, the trio represent some of the region’s oldest, largest and best known homegrown firms.

As the number of GP stakes firms increases, so too must the pool of targets they’re willing to consider. Dyal’s success in the region could well inspire a number of its peers to start looking east with increasing frequency.

TPG’s IPO
TPG is due to begin trading on Nasdaq today at a $9 billion valuation, according to the Wall Street Journal(subscription required), which says the firm has priced its IPO at the $29.50 mid-point of its projected range. Here are five things you need to know about the listing from TPG’s December prospectus.

Ares-onable sum of money
Ares Management has collected at least $3.3 billion for its latest special opportunities programme, according to December documents from Pennsylvania State Employees’ Retirement System. Ares Special Opportunities Fund II held a first close in October and was aiming to hold a second before the end of the year. The total included a $100 million GP commitment, bringing Fund II within reach of its $4 billion target, though still some way off its $6 billion hard-cap. Ares closed Fund I in 2020 at $3.5 billion, ahead of a $2 billion target. In its latest investor day, the firm reported a 67.9 percent gross and 52.2 percent net IRR for that fund as of June.

An alliance for Boots
Another day, another UK retail giant in the PE crosshairs. This time it’s Bain Capital and CVC Capital Partners, which have teamed up to mount a £6 billion ($8.2 billion; $7.2 billion) bid for health and beauty retailer Boots, Sky News reports. At the centre of the bid is CVC managing partner Dominic Murphy, who played an influential role in KKR’s £11 billion takeover of Alliance Boots in 2007. Murphy served on the board of directors of Alliance Boots and certain of its affiliates from 2007 to 2015 and remains a director of Boots’ US-listed company. Goldman Sachs is said to be running the sale process, with a number of bids expected from other PE firms. Last year saw record PE activity in the UK (the reasons for which PEI explored here); if Boots is anything to go by, expect more of the same in 2022.

Lakshminarayanan was IPERS’ chief risk officer, managing risk and investments in public and private equities. Prior to joining IPERS in 2014, he was director of portfolio management at Mcube Investment Technologies in Princeton, New Jersey and Plano, Texas.

The $43.3 billion US public pension allocates 18.19 percent of its investment portfolio to private equity.

For more information on IPERS, as well as more than 5,900 other institutions, check out the PEI database.

– This article was updated on 14 January to accurately reflect that AMG purchased a stake in Baring Private Equity Asia, rather than Dyal.