“[I am] extremely satisfied with what has been accomplished and built by the major efforts and talents we have in the US – a team of about 20 investors between Eurazeo Capital and Eurazeo Brands – so today I feel that I can come back to France.”

Eurazeo chief executive Virginie Morgon tells shareholders she is moving back to France after overseeing the firm’s US expansion (translated from French) as the firm released results last week.

Japan’s Government Pension Investment Fund has given Neuberger Berman the nod to manage its private equity fund of funds mandate, per a statement. The world’s largest pension plan launched the fund of funds RFP in April 2017 with a view to pursuing global fund investments and co-investments. The announcement comes at a pivotal time for GPIF: former chief investment officer Hiromichi Mizuno ended his five-year tenure earlier this year and was replaced by Eiji Ueda, who joined from Goldman Sachs in April. Under Mizuno, the pension has become something of an ESG powerhouse as it looks to bulk up its private equity portfolio. 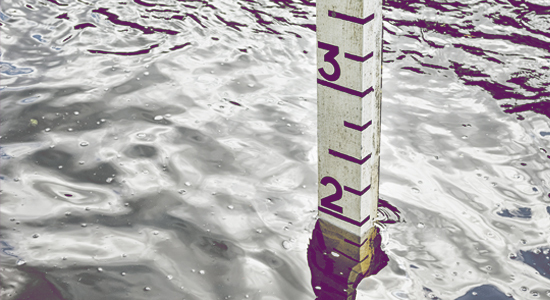 Four of Carlyle Group’s funds are no longer accruing performance revenue as the pandemic took its toll on valuations in the first quarter. On the firm’s Q1 earnings report on Thursday, Carlyle CFO Curtis Buser said the firm is “working hard on all of them [to] position them back into carry”. Funds that were singled out include the €3.7 billion Carlyle Europe Partners IV; its long-dated vehicle, the $3.6 billion Carlyle Global Partners; the $2.4 billion Carlyle Credit Opportunities Fund; and the $2.5 billion Carlyle International Energy Partners. Important to note that Carlyle has not taken carry from any of the funds and so isn’t facing any clawback obligations (see Apollo below), a source with knowledge of the matter told PEI. As Buser noted on the call, “the point isn’t always ever where is something marked today, but where it performs over time”.

Apollo has shifted focus for its $24.7 billion Fund IX almost entirely to distressed-for-control transactions to take advantage of the current market environment. On the firm’s Q1 earnings call on Friday, co-founder Josh Harris also said Apollo would seek to raise $20 billion across several funds in the next year, including a second Hybrid Value fund.

The firm is facing $965.4 million in clawback obligations across several funds, including Fund VIII, which was generating a net internal rate of return of 7 percent at quarter-end and marked at 1.3x. Chief financial officer Martin Kelly said the firm believes “this obligation is temporary and will not be realised […] Fund VIII would require an approximate 11 percent appreciation in value from 31 March to remove this obligation, approximately equal to the changes in the broad equity markets in April”.

We published our long-awaited Future Leaders of Private Equity list on Friday. If you are not among the 8,000+ people to have done so already, check it out here.

“He would talk your ear off about how much secondaries made sense, how it made more sense to get in later and cheaper.”

B better. European firm InvestIndustrial has joined the small group of private equity fund managers to earn a B-Corp certification, meaning it meets “the highest standards of verified social and environmental performance, public transparency, and legal accountability to balance profit and purpose”, the firm said this morning. Other PE firms in the club include Towerbrook and Helios.

#Whateveryouneed. LA-based Crescent Capital is the latest alternatives firm to lend a helping hand to those affected by the covid-19 crisis – the credit specialist has teamed up with burger chain Wahlburgers to give free meals to healthcare workers, first responders and families in need. Website MassLive has the details.