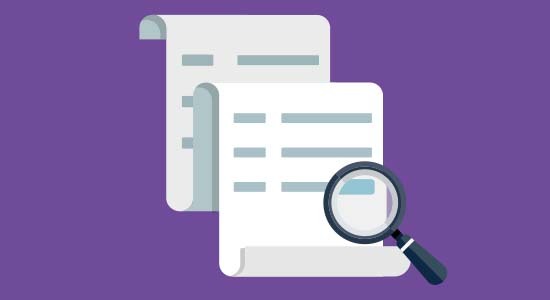 Pre-empting Russian sanctions
Pamplona Capital Management‘s efforts last week to begin disentangling itself from LetterOne, a private investment company founded by Russian oligarchs, does not appear to have gone unnoticed by its peers. As the list of sanctioned entities continues to climb, some sponsors have started reviewing their limited partnership agreements to assess what mechanisms are available to them should one of their LPs become subject to a blocking designation, one US-based legal partner tells Side Letter.

“There hasn’t been a groundswell of people moving to exclude LPs yet,” the lawyer says. “But I do think GPs are looking at their options and reviewing the LPA closely, and obviously monitoring designation.”

Part of the motivation for GPs already considering redeeming or repurchasing LP stakes is the desire to pre-empt a situation where they would be required by authorities to freeze a sanctioned investor’s interest, the lawyer notes. The process is likely to become harder to execute, with some financial institutions already declining to complete transactions involving certain Russian individuals that could be considered at risk of being sanctioned.

Divesting differences
When it comes to LPs, approaches to Russia have been mixed. Some with minimal exposure, such as Alaska Permanent Fund Corporation, do not plan to divest funds that hold Russian assets (more on that here), while others with more substantial exposure, like Dutch pension investor PGGM, appear to be taking a sterner view.

The €268 billion institution plans to divest its LP interests in NCH Agribusiness Partners, a fund strategy managed by New York’s NCH Capital devoted to farmland and agribusiness investments in Russia and Ukraine, affiliate title Agri Investor reports (registration required). “As with all Russia-related assets, it is our intention to divest as quickly as possible,” spokesperson Maurice Wilbrink told Agri Investor. “It is obvious that this is a difficult asset class to implement at speed.”

It is unclear how PGGM will look to divest the interests. Doing so via the secondaries market might prove challenging given that pricing is pegged to the previous quarter and therefore won’t reflect the recent crisis (not to mention that appetites for Russia and Ukraine are likely to be few and far between). Although selling back to the GP could also be an option, as LetterOne may explore with Pamplona, doing so could set a dangerous precedent for other LPs to follow. Investors with significant exposure to the region will be watching PGGM’s next steps with interest.

Master, apprentice
The US may well have been the birthplace of PE buyouts, but those occurring in Europe appear to have been more successful. European buyouts have outperformed their US counterparts since inception, generating TVPIs of 1.71x and 1.67x respectively, according to eFront’s latest Quarterly Private Equity Performance Overview, which covers up to Q2 2021. Europe has also outperformed all other regions for buyout IRRs.

These firms will donate their management fees and carry generated by Greater Share’s portion of the funds to a selection of education-focused non-governmental organisations; the HNW investors will also donate 50 percent or 100 percent of their capital gains to the NGOs. Greater Share will have a $500,000 minimum commitment and aims to generate $300 million of proceeds for the NGOs over 10 years.

Greater Share “is not a product that seeks to compete with impact funds”, Fletcher told NPM, noting that the capital available for education projects is not contingent on the financial performance of for-profit education companies. Instead, it leverages top-quartile PE firms’ ability to generate returns via traditional investments to draw capital for education projects. NGOs are “being invited to get unrestricted money for 10 years”, Fletcher said. “That’s a step change, allowing them to plan strategically.”

South Carolina Retirement System made $400 million in commitments across three private equity funds between December and February, according to minutes from the pension’s March commission meeting.

The $41.65 billion pension fund also rebalanced its portfolio and increased its private equity allocation. It raised its allocation to PE to 12 percent from 11 percent as of December. SCRS’s private equity fund commitments tend to focus on global vehicles with diversified strategies and sector focus.