Our first half fundraising figures are in and the picture is less than rosy. Around $177 billion was raised in final closes in the six months to June, the lowest half-year total since 2015. But don’t throw in the towel just yet – there’s at least $137 billion expected in the second half, and that’s just between the 10 largest funds, suggesting 2019 is on track to equal last year’s total. H1’s shining light was capital raised for growth funds, which jumped by 73 percent year-on-year to almost $51 billion. Expect our full report later today. 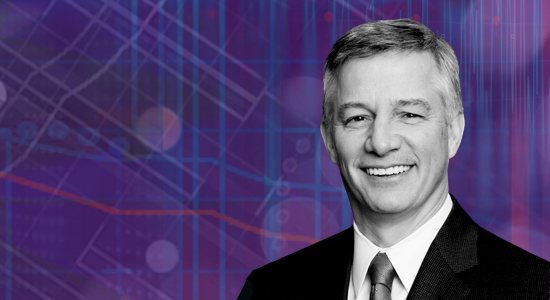 After almost two decades of co-steering Warburg Pincus, Joseph Landy (pictured) is stepping aside from the role of co-chief executive, as first reported by Bloomberg. The timeline for his transition is unclear but Landy will still be engaged with the firm’s investment activities, a source tells us. Landy’s legacy: Warburg Pincus remained a private equity firm, instead of evolving into an asset manager, and did not go public. Charles Kaye will become the sole chief exec.

Sun Capital Partners is the latest firm to run a secondaries process, according to sister title Buyouts (paywall). HarbourVest Partners and Whitehorse Liquidity Partners are teed up to acquire stakes in the firm’s 2013-vintage $2.1 billion sixth fund. Tender offers are sometimes accompanied by fresh capital for a firm’s latest fund in a “stapled deal”. It isn’t clear whether that’s the case here, though Sun is in market with Fund VII seeking $2.2 billion.

CalPERS’ uncomfortable conversations. Private equity performance is likely to be a major discussion point at CalPERS’ offsite this week. PE returns fell by 50 percent in fiscal 2019, the pension said last week. The news comes as it begins the direct investing PE programme which could increase exposure to the asset class by an extra $20 billion.

Greece’s man of the hour. Kyriakos Mitsotakis, Greece’s newly elected prime minister, assumed his role on Monday, promising “the sky will be a bit bluer, the sun a little brighter… a new day is beginning for our country”. If that sounds like the kind of “blue sky” thinking you’re used to hearing from venture capitalists, you’d be right: Mitsotakis is a founder of NBG Venture Capital, the private equity and VC subsidiary of the National Bank of Greece. The former McKinsey consultant also was a former senior exec at Athens-based Alpha Ventures. He has pledged to boost growth and create jobs – surely all in a day’s work for a start-up expert.

Earnings watch. Goldman Sachs has blamed financial sponsors for lower volumes in loan markets and M&A activity. In a Q2 conference call on Tuesday, chief exec David Solomon said activity had been muted due to heightened competition prompting inflated prices: “Our dealflows in this quarter were consistent with trends across the industry, which reflected materially lower volumes in the loan market and lower activity in acquisition related financings, particularly with financial sponsors.”

We’re on the cusp of breaking some news about a team of secondaries-focused private equity lawyers jumping ship to a rival law firm. Know who we’re talking about? Get in touch via email here or anonymously here.

“I can’t stress strongly enough that we are long-term investors. We make decisions based on an investment horizon that stretches across years and even decades.”