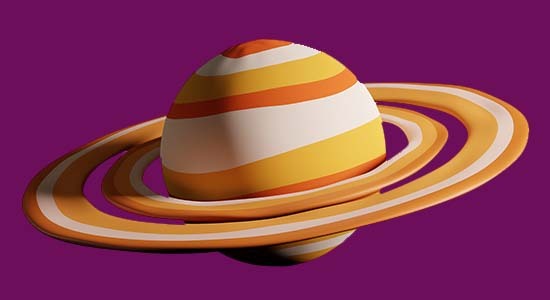 The retail route to PE’s millions

We’ve written a lot about the retailisation of the private equity market, so this data point yesterday caught our eye. Research from the Association of Investment Companies shows that in the UK, if an individual investor had put the entirety of their full ISA allowance (a type of tax-favourable savings account for our international readers) into one of 30 listed investment trusts, they would have earned more than £1.5 million ($2 million; €1.8 million) over a period of two decades. Topping the list of these trusts is HgCapital Trust, which solely invests in tech-focused investor Hg‘s portfolio companies, and would have returned more than £2 million to an investor over the period.

Private equity has been making strides to broaden its access to the every person, as we’ve reported here, but there have been lucrative ways to access the asset class via listed vehicles for some time now, as the AIC research shows. Speaking of Hg, the London firm looks set to raise around $16 billion this year, including via its Saturn 3 fund, as we reported this morning.

Cornell Capital, a US PE firm launched by Goldman Sachs Merchant Banking’s former vice-chairman Henry Cornell, has raised $1.7 billion for its sophomore fund, PEI reports exclusively this morning. The new fund is about 28 percent larger than its 2017-vintage predecessor and will continue to target the consumer, industrials, business and financial services sectors with an eye towards cross-border opportunities between the US and Asia.

Cornell has a rich pedigree when it comes to investing. He spent nearly three decades with Goldman, founding its real estate and principal investment businesses in Asia from 1988 to 2000, at which point he became Goldman’s head of PE for the Americas and Asia. It’s little surprise then, that he considers himself an “old-school investor”.

When pressed by PEI how those with less experience can weather a geopolitical and macroeconomic storm, he erred on the side of conservatism, advising buyers to over-equitise upon purchase and maintain a conservative capital structure so the balance sheet can fund acquisitions. Cornell Capital, for its part, has 3.9x leverage firm-wide. “Don’t play financial engineer,” he noted. “You’re an industrialist – you’re buying businesses.”

Simpson Thacher & Bartlett has hired two partners to focus on the retail opportunity as part of its registered funds practice, Side Letter has learned. Nathan Briggs, who joins the Washington DC office, was previously at Ropes & Gray and has experience advising funds on retail investment products. New York-based Nicole Simon joins from Stradley Ronon Stevens & Young and boasts expertise in, among other areas, registered and unregistered investment products that offer retail access to alternatives.

The pair will help STB work on “first-of-their-kind vehicles” in the retail arena, in response to increasing demand from private fund sponsors, executive committee chair Bill Dougherty said in a statement seen by Side Letter. Regulation and liquidity constraints have traditionally required firms to rely upon complex structures, such as 40 Act funds, if they want to come down market. You can read more about those here.

Yesterday, Side Letter noted that China’s Qiming Venture Partners was seeking $1.4 billion for its latest USD flagship (more here) – it came as little surprise this morning to learn that the firm is bringing in the big guns to bolster its investor relations and fundraising department. Qiming this morning unveiled the appointment of Daniel Chu, a former senior investment officer at the $76 billion Los Angeles County Employees’ Retirement Association, as a partner in LA. Chu, who previously co-founded Chinese financial advisory SVP Capital Partners, spent seven years at LACERA, leading a five-strong team in the execution of in-house PE/VC direct co-investments, GP-led secondaries, and Asia-based PE/VC fund investments, among others. His expertise as a US-based LP will no doubt prove key to allaying western investor concerns over China’s latest regulatory overhaul.

“One way we can enable ourselves to take advantage of private markets is if we don’t let you, our external party, control our cashflow”