Private equity has been in the public crosshairs again of late thanks to a few separate movements keen to play the vulture/locust card. Now, one of the industry’s most recognisable faces has come out in defence. Howard Marks, co-chairman of Oaktree Capital, last week shared his thoughts on the “wealth tax” proposed by Democratic senators Elizabeth Warren and Bernie Sanders, whom he described as demagogues.

“I believe in taxation, I believe in progressive taxation, but I don’t think it should be punitive and I think when you reach levels where it discourages risk-taking and free enterprise, then it’s bad for society, and most people can’t figure that out for themselves,” Marks said on stage at sister publication Private Debt Investor’s New York forum.

He’s not the only one to rally against the Warren’s Stop Wall Street Looting Act of 2019. On Friday, the Institutional Limited Partners Association said that while it welcomes more transparency, stronger fiduciary duties in the industry and more public discussion on the nature of PE investing, the bill would present “significant challenges” for LPs. Does private equity have legitimate questions to answer? What’s different about this latest round of criticism? It’s an issue we’ll be tackling in the weeks to come.

Are you ready to co-invest?

New York City Retirement Systems has added two veteran executives from Finnish pension fund Ilmarinen and Chilean pension manager AFP Capital to its private equity investment team. Katja Salovaara, a senior portfolio manager for PE at Ilmarinen, and Cristian Norambuena, head of strategy and alternative investments at AFP, have joined as senior investment officers for PE, according to an industry source. The move is timely – the $208 billion NYCRS wants to establish a co-investment programme.

Performance watch: Ardian. Details of Ardian‘s buyout funds’ performance were revealed in documents from the New Jersey Division of Investment last week. The docs show the French giant has consistently delivered high returns with below market leverage levels, indicating a “robust, repeatable investment process”. Good news for Ardian, which is looking to raise as much as €6.5 billion for its Buyout Fund VII.

TMRS re-ups with FTV. Texas Municipal Retirement System has committed $50 million to FTV Capital‘s sixth flagship, the same amount it committed to its predecessor. Below is a breakdown of the $29.98 billion US pension’s total investment portfolio. For more information on TMRS, as well as more than 5,900 other institutions, check out the PEI database. 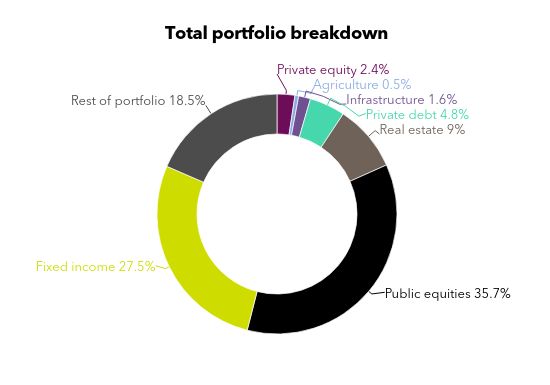 “It’s a great path to election for a demagogue to get up and say, ‘They have too much, we have too little, they got theirs by cheating, we’re going to take it away.”