“Let’s see what comes. I’m not losing any sleep over it” 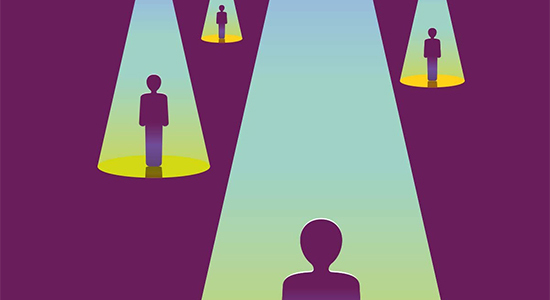 Spotlight on human rights
Since its publication in 2011, the UN’s Guiding Principles on Business and Human Rights has encouraged companies to understand which of their business practices are most likely to have an impact on human rights. Today, as an alarming majority of firms continue to focus on the more easily reportable ‘E’ of ESG, these guidelines are more important than ever. Our Responsible Investment Report, out this week, examines whether the traditionally slow to act private markets industry is finally ready to make some vital changes.

“PE houses have come pretty late to the party in respect to things like bribery and corruption, sanctions, AML [anti-money laundering] and other forms of financial crime – let alone ‘soft’ obligations like human rights,” warns Liam Naidoo, a partner at Hogan Lovells. With signs that LPs are starting to pay more attention to how managers deal with human rights risks, this is an area the PE industry can’t afford to ignore.

Two hoots for Asian private wealth
Private wealth is all the rage these days, as we mentioned yesterday on the back of Carlyle Group‘s tie-up with iCapital and Allfunds. The latest news in this space involves Blue Owl Capital, the listed GP stakes and direct lending giant, which has appointed a former UBS boss to lead its private wealth business in Asia. As PEI‘s Alex Lynn reports this morning, Pak-Seng Lai, who previously spent four years as managing director and head of private markets APAC at the Swiss bank, joined Blue Owl in Hong Kong this month. Details here.

Gimme liquidity
Reports on the secondaries market released over the last few weeks paint different pictures of 2021 volume, depending on which report you read. According to Evercore, which published its findings this week, LP portfolio sales came roaring back to prominence last year after a quiet 2020. There were $66 billion of LP portfolio deals last year, equivalent to 49 percent of total transaction volumes, shattering the previous record year 2019 by $18 billion. The main driver of activity was LPs using the market to actively manage their portfolios, Evercore senior managing director Nigel Dawn tells Side Letter, adding that many sales were driven by overallocated LPs trying to free up liquidity to reinvest in private equity. With a flurry of mega-funds and tech funds hitting the market this year, expect more such sales as investors try to tap liquidity so they don’t miss out on this year’s vintage.

Lincoln’s latest hires
On Tuesday, former UBS private funds group co-heads Steve Carre and Dan Posternak started with mid-market investment bank Lincoln International as managing directors in New York, co-heading a new private funds advisory business. This move is designed to plug a gap in Lincoln’s ability to go for market share across the lifecycle of funds service ecosystem, chief executive Rob Brown told PEI. In other words, the way LPs engage with funds is changing, and Lincoln wants to help clients address their needs. Rothschild, Goldman Sachs, JPMorgan and Baird have all made similar moves in the last 18 months.