The Institutional Limited Partners Association has just published a free-to-use “model” limited partnership agreement (details on sister title Private Funds CFO; on PEI shortly). As ILPA’s legal lead Chris Hayes tells PFCFO in this podcast, you previously couldn’t just Google “LPA” and find a draft document to use as a starting point. ILPA’s hope is that investors and managers can use it as a benchmarking and tool and cut down on negotiation and side letter activity, and therefore cost. It is investor-driven and therefore investor-friendly. Indeed, it comes with a European-style whole-of-fund waterfall. This may prove a turn-off for some GPs, given more than two-thirds of US managers are using deal-by-deal models, according to MJ Hudson’s latest fund terms research. ILPA plans to release a second version with a deal-by-deal waterfall. 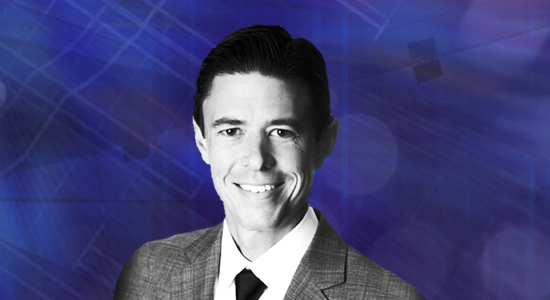 KKR’s focus on expanding its distribution channel is reaping dividends on two fronts. It has increased the firm’s footprint with retail, HNWIs and insurance firms; capital commitments from these investor groups increased from $17 billion in 2015 to $60 billion in Q3. Almost 41 percent of the firm’s more than 1,000 LPs are committing to more than one strategy, and co-president and co-chief operating officer Scott Nuttall (above) said on the firm’s latest earnings call yesterday that there was still plenty of opportunity to “meaningfully expand” cross-selling. Helpful, as KKR is expecting to come back to the market with three flagship funds in the next 12 months and is aiming to raise almost $100 billion over the next three years.

Teaming up for UK impact

Impact funds often invest in emerging and frontier markets, but here’s one that will invest solely in the UK: Warrington Borough Council and investment firm Altana Wealth want to raise £300 million ($386 million; €347 million) for a social impact fund. The vehicle will target education, clean energy, forestry and social housing, among other sectors. Investors from local council treasuries and pension funds are expected to back the fund.

CalSTRS’ low-carbon plan. The California State Teachers’ Retirement System rolled out an 18-month low-carbon transition work plan this month, taking the lead among the push by US institutional investors to reduce their carbon footprint. Although specific details haven’t yet been revealed, first on the agenda is a detailed analysis of the risks associated with global warming and the “transition readiness” of its portfolio, per sister title PERE. The new strategy will encompass all asset classes, it is understood. The move is timely: wildfires erupted in the Golden State last week and are still raging and spreading, with some 180,000 people ordered to leave their homes in northern California as of Monday.

Triago capital recycling. Secondaries funds are taking advantage of recycling provisions, spurred by high prices and intense competition, sister title Secondaries Investor is reporting. In a survey of 24 firms, advisor Triago found that secondaries vehicles raised between 2013 and 2019 used 19 percent of committed capital for repeat purchases, compared with 8 percent for vehicles raised between 2008 and 2012. If done well, recycling can maximise the proportion of a commitment that is actually invested and improve a fund’s cash-on-cash returns.

Planning on attending Family Office Connect: LPs, GPs & Independent Sponsors today? Our reporter Preeti Singh will be there. Let her know if you fancy catching up for coffee.

Great commitments. University of Michigan has approved $134 million in commitments, including $50 million to Bain Capital Life Sciences Fund II. Below is a breakdown of the $12.1 billion US endowment’s alternatives portfolio. For more information on U Michigan, as well as more than 5,900 other institutions, check out the PEI database.