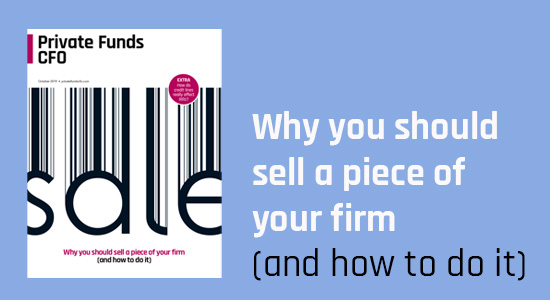 Inside a GP stake sale

We are getting used to seeing GPs selling minority stakes to specialist investors like Dyal Capital Partners, Blackstone, Goldman Sachs, Wafra and RDV Group’s Ottawa Avenue Private Capital. But what exactly do these deals look like? Sister publication Private Funds CFO’s October cover story goes deep into why – and how – these deals happen, what is up for sale and how it is valued.

Why let a good thing go?

TA Associates wants to raise as much as $1 billion to take minority takes in portfolio companies its main fund is selling so it can hold those investments for longer, sister publication Buyouts is reporting. TA Select Opportunities Fund won’t charge a management fee and will instead collect fees from portfolio companies, though it does charge the standard 20 percent carry. The strategy is another example of firms finding ways to increase hold periods on strong investments which have more room to grow, Buyouts notes.

Mustafa Abdel-Wadood, one of six Abraaj Group senior executives charged this year with securities fraud and racketeering charges, has been released following a plea bargain with US authorities, according to his lawyer Paul Shechtman. Abdel-Wadood is not allowed to leave the US. The trial against Abraaj will commence when founder and former CEO Arif Naqvi, who’s awaiting a February extradition trial in London, is returned to the US. Court documents dated 12 August note that four co-signers had signed on a $10 million bond, secured by two properties, for Abdel-Wadood.

Clarification. Yesterday we published Apax Partners‘ and BlueMountain Capital‘s responses to senator Elizabeth Warren’s letter regarding investments in prison-related companies. Apax’s statement in its entirety noted that the firm believes it has been incorrectly identified in the proceedings. Here is Apax’s statement in full:

“Apax Partners believes it has been incorrectly identified by senator Warren and representatives Pocan and Ocasio-Cortez as the Apax Funds do not own companies that provide prison or correctional facility support services. The Apax Funds do have an investment in Attenti, a company that provides state and local law enforcement agencies with electronic monitoring solutions, which are an alternative to incarceration, helping to improve offender rehabilitation and chances of employment, while keeping communities safe.”

OPIC’s relaunch delayed. Private equity firms hoping to tap the rebranded US International Development Finance Corporation as an LP (and its doubled budget) will have to wait. The planned 1 October launch of the DFC has been delayed because of a lack of funding in the US Congress. The latest stopgap funding bill – known as a continuing resolution – to prevent a US government shutdown will fund agencies at 2019 levels through 21 November, and funding for DFC was not included.

Capitol commitments. District of Columbia Retirement Board has agreed to commit $40 million to Updata Partners VI. The US pension has a 9 percent target allocation to private equity that stands at 5 percent. Here’s a breakdown of the $8.5 billion investor’s total investment portfolio. For more information on DCRB, as well as more than 5,900 other institutions, check out the PEI database. 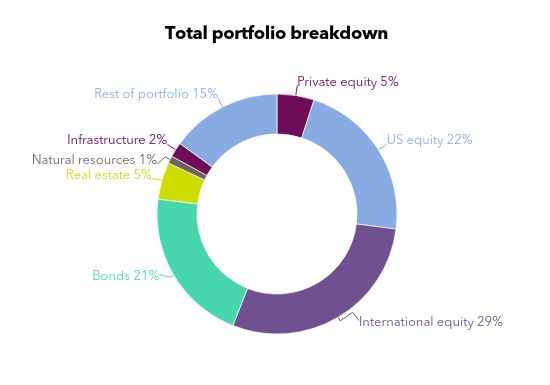 “Investor protections used to be written on cocktail napkins a year ago. Now they’re scribbled in crayon on toilet paper.”