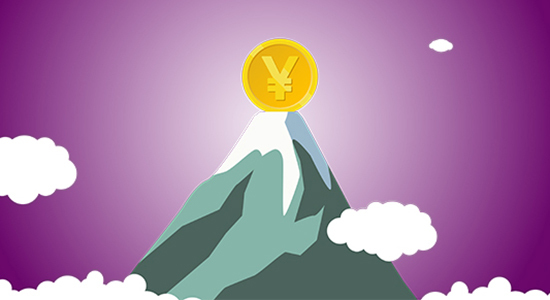 Nice Tomita you
Japan’s newest LP giant continues to bolster its ranks with top alternatives talent. Yasuyuki Tomita, a former deputy general manager at Development Bank of Japan, is the latest arrival at the Japan Science and Technology Agency‘s ¥10 trillion ($83.9 billion; €75.9 billion) university endowment fund, joining as executive director and head of private equity, according to his LinkedIn. Tomita was previously responsible for overseeing the expansion of DBJ’s Japanese growth equity platform as part of a three-year plan to raise the ¥21 trillion institution’s domestic exposure, PEI reported in 2020.

Tomita’s new colleagues include Tadasu Matsuo, a former co-head of HarbourVest Partners‘ Japan office, who joined the endowment fund as head of global alternative investment in January, PEI reported at the time. The university endowment has been on a mission to hire at least 20 to 30 alternatives specialists to help achieve its goal of returning 4.38 percent each year, chief investment officer Masakazu Kita told Bloomberg last year.

The scale of JST’s task is monumental; its peers with similarly grand ambitions for alternatives, such as Japan Post Bank, have found the process slow-going. As of last May, JPB had accrued just ¥4.2 trillion of the ¥8.5 trillion three-year alts target it set in 2018, of which ¥2.2 trillion is held in PE and ¥1.5 trillion in real estate. Nevertheless, hiring experts such as Matsuo and Tomita should at least position the fund for a strong start.

CVC: going Dutch?
CVC Capital Partners has its eyes set on Amsterdam – not London – for a potential IPO, the Financial Times reports (subscription required). The European private equity giant has 12 offices in Europe, and listing on the Dutch capital’s Euronext bourse makes sense, a source familiar with the firm tells Side Letter. The listing, if it happens, would be the latest in a string of firms becoming public, following TPG in January and Antin Infrastructure Partners last year. Paris-headquartered Ardian is also understood to be mulling an IPO and has been speaking with at least one New York-headquartered investment bank, two sources tell Side Letter.

Second thoughts
Secondaries market participants are likely to question the scope of the SEC’s recent proposals governing GP-led secondaries deals, affiliate title Secondaries Investor reports (registration required). The US regulator’s sweeping rules – which are undergoing consultation – would require sponsors to obtain a fairness opinion to ensure the price on GP-led deals falls within a “range of reasonableness”.

That “requirement for always” could be challenged, according to David Larsen, a managing director in the alternative asset advisory practice at Kroll. “There may be good and valid reasons not to have a fairness opinion.” These include situations where there is no new capital and all LPs agree to roll into a new vehicle, or where the net asset value of the fund is low enough that paying for an opinion will seriously affect the value of the assets. The consultation period ends in mid-April.

Size matters
In today’s heady fundraising environment, even GPs showing discipline are facing a grilling over fund sizes. At an investment committee meeting of the New Hampshire Retirement System last week, trustees expressed concern over the potential size of Warburg Pincus’s 14th flagship fund, which is seeking $16 billion, just 6 percent more than the amount its 2018-vintage predecessor raised. Despite the comparatively modest increase, one trustee questioned whether the sum could be difficult to deploy given the frothiness in the growth space, particularly in technology.

Jim Neary, Warburg’s co-head of US PE, downplayed concerns over valuations during the meeting, noting there were still well priced opportunities to be found, particularly in healthcare. His answer appears to have been satisfactory: the trustee who voiced the concern ultimately seconded the motion to approve a $50 million commitment.

A brand NIO fund
NIO Capital, a Chinese venture capital firm, has collected $400 million for its sophomore USD-denominated fund, according to a Monday statement. The Shanghai firm had initially sought $250 million for Eve ONE Fund II, which will invest globally across the mobility, energy and logistics sectors with a particular focus on digitalisation and decarbonisation.

Asante Capital acted as placement agent for the fund. NIO’s success on the fundraising trail suggests LP appetites for China haven’t completely dried up in the wake of last year’s regulatory crackdown, the effects of which have been keenly felt by some of those in market at the time.