“Recently, I said [on the term sheet to the company] that they have to have myself and one other woman or minority on the board. The reaction from women was they didn’t know they could do that.” 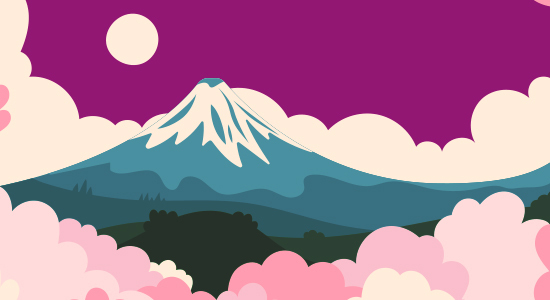 Matsuo’s new post
Japan’s newest LP giant, the Japan Science and Technology Agency’s ¥10 trillion ($86.8 billion; €76.5 billion) university fund, has made a big statement of intent when it comes to alternatives, hiring former HarbourVest boss Tadasu Matsuo to lead its foray into the asset class, Private Equity International reports this morning. Matsuo joined HarbourVest in 2020 as co-head of the firm’s Japan office, and was previously head of alternatives for Japan Post Insurance.

Matsuo will have his work cut out. The endowment has been charged with generating an annual return in excess of the 3.7 percent average posted each year by Japan’s Government Pension Investment Fund, Bloomberg reported in August. Even those with the best intentions have found building an alternatives portfolio from scratch a major challenge. Japan Post Bank, for example, has so far accrued just ¥4.2 trillion of the ¥8.5 trillion three-year alts target it set in 2018. It upped that target last year to ¥10 trillion of alternatives by 2026.

Counterintuitively, the university fund’s sheer scale may prove its greatest weakness. Last year, Masashi Kataoka, an alternatives manager at Japan’s $350 billion Dai-ichi Life Insurance, told PEI he’d been shepherded away from blue-chip VC funds into larger growth vehicles because the former couldn’t accommodate such bulky cheques. Given the appetite for Japanese LP capital at present, Matsuo is unlikely to find himself short of GP suitors. Whether these include the smaller, less-established PE and VC managers that often tend to generate stellar returns, though, is another question.

Here be dragons
Much has been written about China’s regulatory headwinds in recent months (you can find PEI‘s November deep dive into the issue here). While LP appetites are tangibly diminished for Chinese PE funds at present, some investors remain confident in their managers’ ability to weather the storm. Appearing virtually at the Hong Kong Venture Capital & Private Equity Association’s Asia Private Equity Forum this morning, Eric Mason, managing director at the $17.3 billion Church Pension Fund, said the pension would “leave it more to our managers” to execute within the confines of government policy.

Though some managers have sought shelter outside of their usual sector focus, Mason remains wary of firms piling into the next big thing, such as semiconductors and AI. “I think we have to be careful about rushing too much into any one of these because they sound like they could be the next generation of very sensitive industries, as far as I’m concerned,” he noted.

Read our coverage of Mason’s panel and more here.

Bon travail
Scottish football club Bon Accord FC may have the dubious honour of suffering the heaviest defeat in British football history (it lost 36-0 to Arbroath in 1885), but the similarly named Bonaccord Capital Partners has been much more fortunate. The GP stakes firm, which spun out of asset management giant abrdn last year, closed its debut fund yesterday with $740 million of capital commitments and another $500 million earmarked for co-investments, per a statement. Fund I was targeting $1 billion altogether and had been in market since February 2018, according to PEI data.

As of May, GP stakes funds in market were targeting $24.45 billion, according to PitchBook. The best fundraising year on record so far was 2019, when just $9.4 billion was raised. While the strategy is clearly attractive, concerns have been raised about the conflicts that can arise. “When you have a multi-affiliate model and that model is predicated on continuing to intermediate capital and continuing to buy more and more stakes, sooner or later you start competing with one another,” a former employee of Dyal Capital Partners told PEI in May, as part of a deep dive on the subject. You can read that here.

Sprints crosses finish line
European tech firm Sprints Capital Management has collected €525 million against a €450 million target for its fourth fund, per a Wednesday statement. The London and Stockholm-based growth equity investor is understood to have begun fundraising in June, and secured a 100 percent re-up rate from investors in its €285 million, 2019-vintage predecessor. Another 20 percent came from new investors. As with its previous funds, 10 percent of the firm’s carried interest will go towards its charitable arm, The Sprints Foundation.