John Childs severs ties to the firm he founded, while Putin enters the Baring Vostok fray. Here’s today’s brief, for our valued subscribers only. 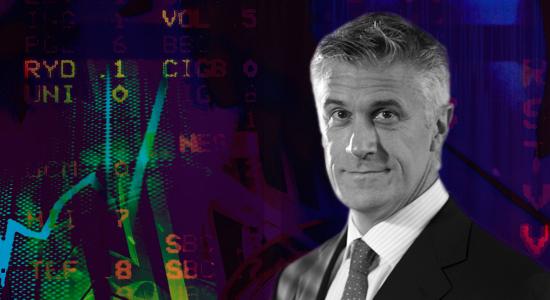 The latest in the Baring Vostok situation is that Russian president Vladimir Putin has reportedly defended the decision to prosecute US founder Mike Calvey (pictured). According to the Financial Times, Putin said at a closed-door discussion last week that he understood concerns about the case affecting Russia’s “investment image” but that he had reports from security services proving they had a reason to act the way they did (paywall).

Childs steps out of the picture

Buyout veteran John Childs has retired from JW Childs amid charges alleging solicitation of prostitution in Florida. Childs was one of 165 subjects charged following a six-month investigation into multiple massage parlours in Indian River county. Childs, who is not a key person on any of the firm’s active funds, was no longer involved in the day-to-day running of the firm and had not been working full time there for several years. Childs denied the charge to Bloomberg, and has not been detained, per the Boston Globe.

French fund investor Access Capital Partners has put the brakes on its UK private equity activity due to concerns over how Brexit will impact certain sectors. Commitments to UK funds account for less than 10 percent of its most recent fund (the €768 million 2016-vintage Access Capital Fund VII Growth Buy-out Europe) down from as much as 25 percent in previous vintages.

“We had to basically sit out [some fundraises] just because we could already see in our portfolio that these types of companies were suffering. And then the adjustment of the GP, in terms of investment strategy, was  not going to happen overnight,” managing partner Philippe Poggioli tells PEI.

Small yet mighty. The busiest private equity tech investor last year may just surprise you: Hg. The British firm – which closed its large-cap Saturn fund in October on £1.5 billion ($2 billion; €1.7 billion) – invested in 45 companies this year, five more than second place TA Associates, according to PitchBook. The most prolific investor overall? Genstar, which now has a fresh $7 billion to invest.

Mo’ money, mo’ mid-market buyouts. The $5.6 billion buyout of Athenahealth by Veritas Capital and Elliott Fund Management shows how a cabal of “once obscure” mid-market firms are now competing with PE’s top-tier firms for assets, reports the Financial Times (paywall). What’s behind this? The old “too much money, too few deals” problem.

The rise of the ‘GP-led’. Some more data to put on the “GPs are instigating more secondaries processes” pile: advisor Lazard says GP-led secondaries transactions accounted for $22 billion of deal volume last year, a 38 percent increase on 2017 and three times the volume of 2016. The US also overtook Europe as seeing the most action. Not everyone is cheering the trend though.

To find out how, speak to one of our team by clicking here.