“It is vital that we continue to address the issue of gender diversity in the private equity industry and ensure that as many women as possible can enjoy successful and fulfilling careers.” 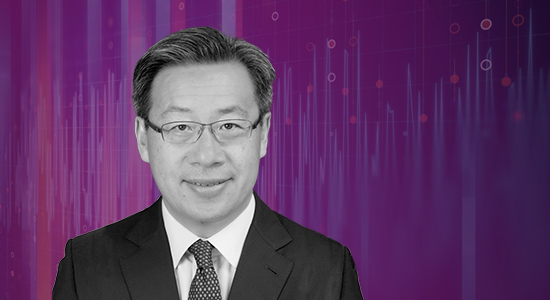 Carlyle takes stock
Carlyle Group expects China’s public markets to become a more popular route to exit in the country. That’s according to the firm’s Asia chairman Xiang-Dong Yang, who notes that domestic businesses that might previously have sought to IPO in the US may now opt to do so at home. “I believe by far, because of the size of the company we invest in, that the most important exit is the public market,” he tells PEI. “Historically, it has been US and Hong Kong for Chinese companies and I think increasingly there will be more Chinese stock market [listings].” It comes as the firm gears up to list online beauty company Yatsen Holdings, which it only backed earlier this year, on the NYSE, per a November SEC filing.

Big in India
Kedaara Capital, an Indian PE firm, is reportedly seeking up to $1 billion for a new fund, according to Indian news site Moneycontrol. If successful, Fund III would be the largest fund raised by a domestic manager, exceeding the $850 million raised by ChrysCapital for its eighth fund last year and the $900 million currently targeted by Multiples PE for its third fund. Kedaara, which is part-owned by US giant Clayton, Dubilier & Rice, collected $750 million for its 2017-vintage predecessor.

Secondaries funds on speed Dyal
Five months after closing a $1 billion securitisation to deliver liquidity to LPs, Dyal Capital Partners is again exploring ways to please investors. The Neuberger Berman unit, the biggest name in the GP stakes business, is working with PJT Partners on a GP-led secondaries transaction that will give investors in its 2015-vintage third fund the option to cash out, sister title Buyouts reports (registration or subscription needed). As the fund holds stakes in GPs including Vista Equity Partners and Silver Lake, as opposed to underlying portfolio businesses, pricing is not tied to a specific net asset value reference date in the way most secondaries transactions are run. “This is not a finite set of portfolio companies you’re going to sell off over time,” says a source familiar with the process.

Something ventured, something gained
University of California Regents’ venture portfolio was its strongest asset class during the fiscal year ending in Q2, returning 30.3 percent, with most of the endowment fund’s dozens of VC funds advancing during the period, demonstrating the asset class’s resilience in the face of the coronavirus pandemic, our colleagues at Venture Capital Journal are reporting. VCJ dives into the performance of all UC Regents’ VC managers and highlights the notably strong holdings.

The €2.96 billion EU investment organisation has a 26.4 percent allocation to private equity. Its recent commitments are to funds focused on the renewables, technology, financial services and healthcare sectors within Europe.

For more information on European Investment Fund, as well as more than 5,900 other institutions, check out the PEI database.