Fran Kinniry, global private investments head at Vanguard, believes every type of saver should have access to private equity. 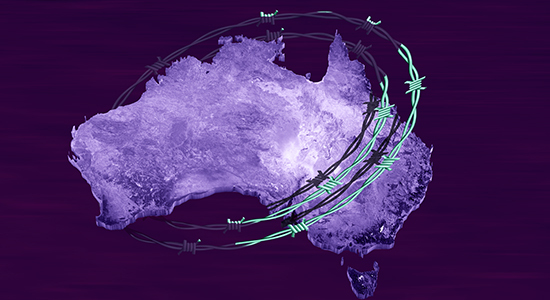 Australia has outlined plans for greater barriers to foreign investments, writes sister title Infrastructure Investor. Under the new restrictions, Australia’s Foreign Investment Review Board will have to approve all investments in a “sensitive national security business”, regardless of the size of the deal. Previously, most private investments less than A$275 million ($191 million; €169 million) were not screened. “Sensitive” industries include energy, telco, utilities, defence and security. Also in the plan: a “last-resort power” to vary or to impose conditions on already approved deals.

The government will publish draft legislation with the new rules in July ahead of a six-week consultation period. It wants the new system in force by 1 January, 2021.

Karr Narula, North America head of KKR Capstone (the firm’s in-house portfolio operations team), is leaving after 13 years at the firm, per a LinkedIn post. “I’m […] planning to assist a handful of healthcare companies and non-profits through these unprecedented COVID circumstances,” he writes.

The most effective cure

New York mid-market buyout shop JLL Partners is looking to raise up to $200 million in preferred equity to support portfolio companies in its 2016-vintage Fund VII. As the downturn bites, GPs are increasingly viewing pref as the quickest, least-conflict-prone way of injecting capital into fully drawn funds.

EQT, number eight in our PEI 300 ranking, has opened in Paris, its 20th office globally, to ramp up investments in the country, per a statement this morning. The firm already has infra, real estate and VC assets in the country. Nicolas Brugère joined EQT from PAI Partners in January and will head up the office. The French operation includes several recruits across asset classes, including Sébastien Morizot, director of real estate, who joined from Colony Capital; Thomas Rajzbaum, managing director of infrastructure, who joined from Carlyle Group; and Rania Belkahia, deal partner for EQT ventures, who was previously at e-commerce platform Afrimarket.

SoftBank’s Vision Fund is to cut 15 percent of its staff amid disappointing performance and declining portfolio company valuations, according to Nikkei (paywall, Japanese language). In May, the fund revealed a roughly $17.4 billion unrealised loss for the fiscal year ending 31 March, driven by declines of $5.2 billion and $4.6 billion in its Uber and WeWork holdings respectively. It also confirmed that Fund II would be a SoftBank money-only affair.

Emerging manager American Pacific Group has put its money where its mouth is: the firm has pledged $500,000 (circa 5 percent of its revenue) to anti-discrimination initiatives and new opportunities for under-served communities, according to a statement. Subscribers to Buyouts can read more here.

South Carolina Retirement System approved $527 million-worth of private equity commitments in April and May, according to materials from the pension’s June investment commission meeting.

The commitments included $150 million to a pair of vehicles managed by Francisco Partners: $100 million was allocated to Fund VI of the firm’s flagship buyout series, with $50 million allocated to the firm’s Agility Fund II.