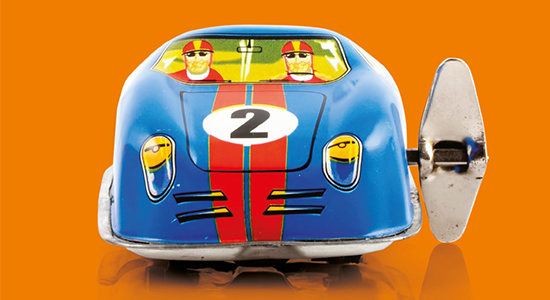 Why the wheels have fallen off distressed debt

Distressed by name, distressed by nature. That could be the case for distressed debt managers, who were expecting a wave of defaults – or at least some businesses encountering hard times – following sustained volatility in the fourth quarter of last year. The continued economic boom and persistently low default rates have put investors in a predicament. With sub-par performance compared with private equity and a sharp drop-off in capital raised since 2017, sister publication Private Debt Investor explores  whether the strategy still warrants a home in alternatives portfolios.

If your last private equity fund was top-quartile, then congratulations – your next fund is likely to be too. In his latest macro report, KKR’s Henry McVey writes that data show that if the predecessor fund was in the first quartile, there’s a 75 percent probability the successor vehicle will be in the first or second quartile. In venture capital funds, this persistence, as the paper called it, dropped to 50 percent. But watch out: negative persistence is just as strong. The probability that a successor fund of a fourth-quartile vehicle would remain fourth- or third-quartile was also 75 percent.

The German economy may be slumping, but not its private equity market. The LBO market “positively exploded” in the third quarter with 37 financings of PE-backed deals, compared with 32 in the entire first half. This was according to data from investment bank GCA Altium, which examined financings of between €20 million and €500 million. Add-on acquisitions were the main drivers of volume. Waterland and DBAG were the most active buyers with six transactions each. We’re not sure if this heralds the opening of the floodgates of Europe’s biggest economy to PE buyers, but it’s a certainly a start.

Carrot and stick. The future of private equity investing could see sustainability goals directly linked to carried interest, according to a group of European LPs. Speaking on a panel at the Spanish private equity industry body’s LP-GP Forum in London last week, Yielco’s Maria Sanz Garcia said this was already happening with some impact funds: “They have impact goals that are measured, and they are linked to their compensation.” Of course, meaningful data to measure the application of ESG principles by GPs – along with such data being fully standardised and widely available – could help, though this would not be a panacea.

IFC commits. International Finance Corporation has proposed a $30 million commitment to Provident Growth Fund II, which targets growth-stage technology investments in South-East Asia with a focus on Indonesia. Below are some of the $43 billion World Bank Group member’s recent fund commitments. For more information on IFC, as well as more than 5,900 other institutions, check out the PEI database. 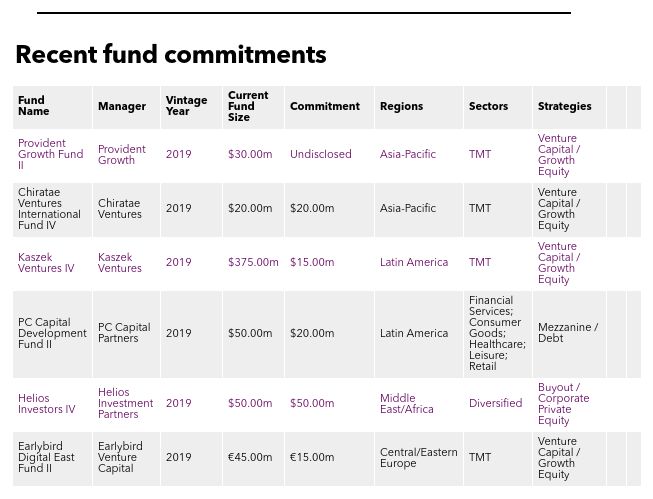