“To me, it seems this could be more of a launch point or potential blueprint for a future administration.” 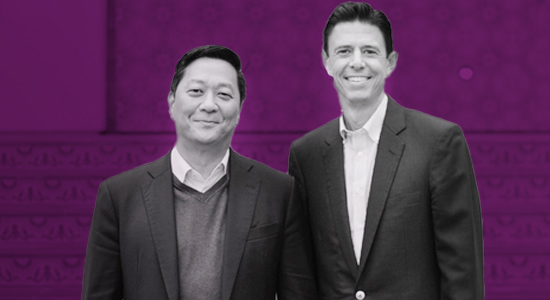 KKR’s Asia expert
Yesterday, KKR announced that co-founders Henry Kravis and George Roberts were handing over the reins to co-COOs Scott Nuttall and Joseph Bae. You can read our coverage of the move here. While we don’t expect any dramatic changes as a result of the handover, one development that seems likely to go from strength to strength under this new leadership is KKR’s rampant appetite for Asia. After all, Bae was formerly head of KKR Asia and set up its first regional outpost in Hong Kong in 2005.

“He was the leader who started to identify what markets KKR needs to have a presence in – Japan, Greater China, Southeast Asia, Korea, India and Australia,” a KKR insider told PEI in 2017. “This is a lot of Bae’s own vision, figuring out and understanding where the opportunities are in Asia.”

KKR’s enthusiasm for the region seems only to have accelerated during the pandemic. The firm completed a number of record-breaking deals in the region last year and raised $15 billion for Asia-Pacific’s largest-ever private equity fund in April. As chief financial officer Rob Lewin said on a 2020 earnings call, KKR believes its Asia business could soon equal North America. If anyone is qualified to help make that happen, it’s Bae.

The inexorable rise of private markets?
Limited partners are keen to deploy more in PE – at least for now. Sixty-five percent of investors will increase their allocation to the asset class in the fourth quarter, with 42 percent looking to do the same in growth equity, according to a survey by placement agent Eaton Partners. Some 44 percent said they will increase their allocation to VC over the same period.

Macroeconomic factors could impact these plans, however. Fifty-eight percent of respondents said their investment allocations would be affected by the Federal Reserve hiking interest rates or starting to taper the US economic stimulus programme. Eaton’s findings chime with those from PEI‘s recent carried interest survey, which found that the potential for interest rate hikes was viewed as the third-greatest threat to PE returns. You can read our results in full here.

How to catch a greenwasher
As LP demand for ESG-linked and impact investing grows, so too might the temptation for GPs to paint themselves as more green than is actually the case. But how does one identify these greenwashers? Affiliate title New Private Markets recently asked industry experts how LPs can spot managers that may be falsely representing their ESG credentials (registration or subscription required). Here’s a short excerpt:

If a GP is greenwashing, what the firm isn’t saying may be more important than what it’s willing to disclose, explained Steven Ward, a London-based partner in the law firm Squire Patton Boggs who leads the investment funds team in Europe. Investors should drill into the details of their manager’s reporting for specifics. “Managers that are actively engaged with their ESG strategy tend to be very forceful and developed with their disclosures,” he said. “Managers that are just claiming to invest an ESG fund, the details tend to be quite thin… ask for examples of investments the firm has made that were done right. It’s not good enough for a manager to simply speak about their intentions.”