KKR has hauled in €5.8 billion for its latest Europe-dedicated fund, adding to the roughly €40 billion raised by Europe-focused funds this year. Fund V is 70 percent larger than its €3.4 billion predecessor and garnered commitments from more than 140 LPs. North American LPs contributed more than half of the fund, with the remainder almost split between European and Asian LPs. KKR European Fund V is the third largest Europe-focused fund this year, behind the €10 billion Seventh Cinven Fund and the €6.4 billion Carlyle Europe Partners V.

Drug store giant Walgreens Boots Alliance could be subject to the largest LBO in history. The company, which has a market value of more than $55 billion, has reportedly considered a sale amid interest from private equity buyers, according to Reuters. The transaction – which the FT has estimated at around $70 billion – would likely require significant syndication among GPs as well as co-investors. Good news for LPs wanting more direct exposure to assets.

What links ESG metrics and TVPI? Both can be misleading, according to PEI’s Deep Dive into numbers that lie. ESG reporting is still unregulated and the GP decides “which frameworks and standards to follow, which stakeholders to address and which information to make public”, according to a McKinsey report. Meanwhile, TVPI can be boosted on an individual deal by treating a temporary return of capital as a reduction on the original investment cost. Read the rest of our Deep Dive series here. 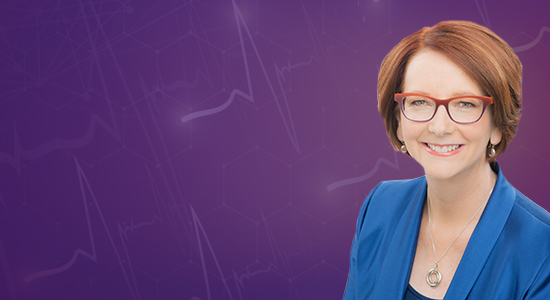 Former Australian prime minister Julia Gillard (pictured) has joined impact manager LeapFrog Investments‘ Global Leadership Council, which will guide the firm on its investments as it seeks to reach one billion emerging consumers by 2030. Simon Israel, former president of Temasek, and Jaime Augusto Zobel de Ayala, chairman and chief executive of Ayala Corporation in the Philippines, were also appointed to the council. LeapFrog is deploying its $800 million third consumer-focused fund.

Patching things up. L Catterton’s Asia team has resolved its “issues” following reports of a proposed spin-out this year, co-managing partner Ravi Thakran tells PEI. The consumer-focused firm closed its third Asia fund on $1.45 billion in October after around two years in market. Thakran had been one of 12 Asia-based partners linked to a proposed spin-out from L Catterton to raise a $750 million Asia growth fund, AVCJ reported in May. The team has now reconciled these issues following a number of appointments, including that of Chinta Bhagat as co-managing partner and head of Asia funds in August.

BlackRock moves into secondaries. BlackRock is preparing to raise its first secondaries fund as its move into alternatives gathers pace. The $7 trillion asset manager is targeting $1.5 billion for BlackRock Secondaries & Liquidity Solutions, per sister title Secondaries Investor, with fundraising set to begin in 2020. The firm brought in Goldman Sachs Asset Management managing directors Steve Lessar and Konnin Tam to spearhead the new team in July last year, stating at the time its ambition to become “the leader in this business”.

CalSTRS calibrates its PE. California State Teachers’ Retirement System is weighing up two investment pacing plans for private equity and their impact on the total fund portfolio. Staff are recommending sticking to the 13 percent target allocation, which is on track to reach by 2023 with its current deployment pace of between $7 billion and $8 billion for the next two years. The other option is reducing the target to 10 percent, which would bring down the annual pacing to $5 billion for the next two years and, a prepared presentation argues, lead to a recalibration of GP relationships, reduced preferential treatment and fewer co-investment opportunities, as well as increasing risk in the overall portfolio. CalSTRS is set to discuss the options at its investment committee meeting today – we’ll be watching out.

HQ Capital rebuilds. HQ Capital is continuing to rebuild with the appointment of a managing director. Motoya Kitamura will alternate between the Hong Kong and Tokyo offices of the $11.3 billion alternatives manager, having joined from Asian secondaries specialist AB Value Capital. HQ, which is investing global and Asia-focused secondaries funds worth a combined $750 million, lost its secondaries co-heads Christian Munafo and Chris Lawrence in June. Ben Wilson and Alec Brown joined from Pantheon as managing director and director, respectively, soon after.

It’s NYSTRS with PE than without. New York State Teachers’ Retirement System has agreed to $490 million-worth of private equity commitments, including $150 million to the third iteration of a HarbourVest-managed co-investment separate account. Here’s a breakdown of the $121.8 billion US pension’s total investment portfolio. For more information on NYSTRS, as well as more than 5,900 other institutions, check out the PEI database. 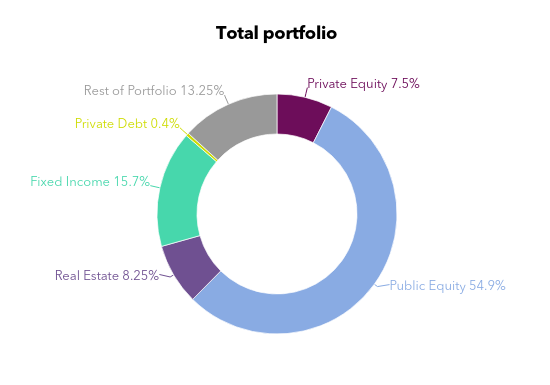 “Diversity is a huge word. We want the best performing managers. Period.”