“It is totally indefensible that PE execs’ ‘carried interest’ is taxed at a lower rate (28 percent) than traditional stock option awards (45 percent), given to executives at UK plc’s. It is another reason why the pool of listed co’s is shrinking”

Switzerland-based financier and banking dynasty progeny Nat Rothschild takes to Twitter to disapprove of the tax treatment discrepancies in the UK. He went on to clarify, he “would be just as happy for [UK finance minister] Rishi Sunak to treat traditional share options as capital gains and lower the tax on share options to 28 percent” 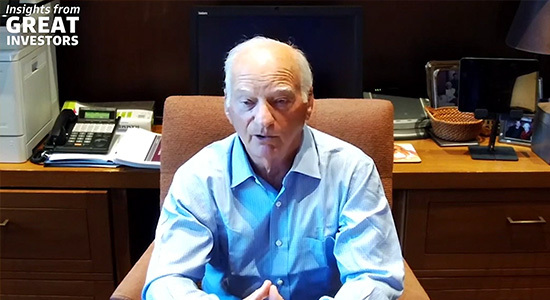 Courtesy of Goldman Sachs’ upcoming video series Insights from Great Investors, here is what the co-founder and co-chief executive of KKR thinks about…

… pandemic-era investing: “Once we were comfortable that people at KKR and our companies were safe, and once we ringfenced the companies that we have in our portfolio that had issues, we said we need to be on the offensive… and go after opportunities. And it’s been across private equity, infrastructure and some credit. We’ve used our balance sheet and our capital markets to stand behind the debt that we’ve had to raise to do what we are doing.

“We’ve had a theme: where all this fits when we come out of it. Obviously, healthcare, tech are going to be part of it. Telecom is going to be huge when we get through this. Also, the industrial sector, probably pretty good – again taking the view that we cannot analyse what’s going to take place in 2020 or 2021. But beyond that, it’s going to look good.”

… diversity: “All of us in [the US] should be focusing on opportunities in racial justice. What we lack in our country right now is… we have a huge opportunity gap. I know everybody talks about a wealth gap. There are people from minorities that are very, very capable people but they can’t get their foot in the door. And so we have to start creating opportunities for people both in our businesses and outside to get their foot in the door. Just put me in the game, coach – and give me a chance.”

… keys to successful investments: “To be a good investor, you have to have enough imagination to realise where the puck might be going: what does the future look like a little bit in what you do? You have to develop a sense of people. It’s individuals that make the difference in a good investment or a bad one, at least in my experience. Getting that right and being able to relate to people and make some judgements on people are far more important than the financial analysis that young people do today.”

… advice to young execs: “Speak up. A lot of people are always afraid to be wrong. I’m wrong more times during the day that I am right, but at least express the views. Make sure that you show up at every meeting you come to with an idea. And don’t be afraid to be wrong.”

Secondaries at the starting line

After several months of relative stasis, the secondaries market appears to be kicking back into gear. Several GP-initiated processes have either launched or closed in recent months, including one backed by Carlyle Group’s AlpInvest Partners unit on Kinderhook Industries’ 2009-vintage fund (sister title Secondaries Investor has the details here). The latest appears to be the UK’s Lion Capital, which sister title Buyouts reports (paywall) is attempting to move assets out of an earlier fund into a continuation vehicle. Want to know what’s in store for this ever-evolving market? Check out this podcast with PEI’s Adam Le and Evercore’s Nigel Dawn, who says the coming months are likely to be a bonanza.

Listed investment firm Eurazeo has bought the remaining shares in Idinvest Partners from the latter’s partners. In Eurazeo’s words: “This acquisition, which according to the terms of the agreement signed in 2018 was to be completed in successive stages in 2021 and 2022, consolidates the organization of the Group to promote its strategic project.” Read our in-depth profile of Eurazeo from last year here.

French first timer Yotta Capital Partners has held a first close of €101 million on its first fund (target €120 million) which will, in the firm’s own words, “focus on French industrial SMEs to assist them in their transition towards the 4th Industrial Revolution megatrend”. See Yotta’s website here.

Washington State Investment Board is poised to award its next private equity consultant contract to Albourne America, according to a statement from the system.

“This recommendation is based on staff’s evaluation of bidders’ capabilities described in written RFP submissions, interviews with key representatives of finalist firms, reference calls and fee proposals,” the statement said.

For more information on Washington State Investment Board, as well as more than 5,900 other institutions, check out the PEI database.