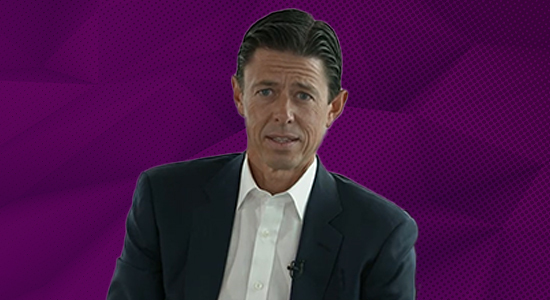 Making new friends
KKR is connecting with a new set of investors as traditional capital sources pull back from private equity fundraising due to overallocation. That was one takeaway from its third-quarter earnings call yesterday, which our colleagues at Buyouts listened in to (registration required). “There’s no doubt some US pension plans are getting their bearings right now and are trying to figure out where the market is going to go,” co-chief executive Scott Nuttall told analysts. The firm is nonetheless having “very productive conversations” with these LPs, typically about non-PE strategies, such as “anything that has got an inflation-protection element or yield”, he said. “Think credit, infrastructure, real estate.”

In addition, KKR is cultivating an altogether new group of institutional partners, Nuttall said. “We’re spending a lot of time with institutions we’ve never spent time with before.” They include insurance companies, which “are trying to figure out how to navigate the rate environment”, he said. They also include sovereign wealth funds, which, along with family offices and high-net-worth investors, “have a different dynamic entirely”.

KKR remains optimistic in spite of macro uncertainty. The firm has had a “bit of luck” in its fundraising processes, with $65 billion gathered across strategies from January to September, CFO Rob Lewin said. This is the firm’s second-best fundraising year to date and puts the alts giant in a position to deploy a significant amount of dry powder at a time when asset prices are dislocated. KKR continues “to have a really active calendar and remain constructive about the outlook for scaling our strategies that are coming to market”, Lewin added.

Diversity premium
Institutional investors tended to allocate more capital to diverse GPs. That’s according to McKinsey’s The state of diversity in global private markets: 2022, which found that, when deciding between two firms with identical historic performance, investors would allocate on average twice as much capital to the deal team with more gender diversity and 2.6 times as much to the team with more ethnic and racial diversity.

The report asked 10 CIOs or their equivalent at organisations managing between $20 billion and $460 billion to commit $100 million between two hypothetical PE funds. In this scenario, less diverse firms were ‘penalised’. The data also showed that investors have the same mindset when building new relationships – they would allocate an average of 1.3 times as much capital to new funds with more gender diversity than to funds they previously backed and which had less diversity on deal teams.

Diversity disclosures
Another interesting finding from the McKinsey report: more than half of sponsors are now reporting internal diversity metrics to potential LPs when raising funds.

Anti-ESG agenda
The US ESG backlash continues. As our colleagues at New Private Markets note this week (registration required), Kentucky state treasurer Allison Ball and attorney general Daniel Cameron have written to the Kentucky Teachers’ Retirement System and the Kentucky Public Pension Authority requesting information on the role of ESG investment practices in the management of the state’s public retirement systems.

Ball said “it is important their investments are maximised, not politicised”, in a statement. In their letter, the officers expressed their concern that ESG investment practices are violating fiduciary duties and asked the agencies to ensure that ESG factors are not impacting investment decisions.

While we’re on the subject…
ESG people moves seem to be coming thick and fast this year. Fortunately, our colleagues at Responsible Investor (registration required) have put together this helpful guide on recent appointments in this sector. Here are some notable ESG moves within PE this week:

Elizabeth Seeger, former managing director of sustainable investing at KKR, has left to become a member of the International Sustainability Standards Board. Seeger held her previous position for more than 13 years.

Following more than 18 years as head of ESG advisory, investment banking division at Goldman Sachs Asset Management, Kevin Smith has taken on the role of head of ESG at PE firm American Securities.

Nick Tranotis has been named ESG manager at Australian superannuation fund CareSuper following stints at the Australian Council of Superannuation Investors, UniSuper and National Australia Bank. CareSuper is one of Australia’s largest industry pension funds for people in professional, managerial and administrative occupations.

PSERS has allocated $125 million to Incline Equity Partners VI, alongside a further $20 million to Insight Vision Capital II. These commitments are taken respectively from the pension’s buyout and venture capital portfolios.

Incline is a Pittsburgh-based private equity firm that invests across the North American mid-market. Incline Equity Partners VI is the GP’s ninth investment vehicle and will focus on business services, value-add distribution and specialised light (or niche) manufacturing sectors. Incline is targeting $1.75 billion for the fund, with a $2 billion hard-cap also in place.

Software-focused Insight Partners‘ Insight Vision Capital II will operate as a fund of funds, as a passive investor with a $50 million target and $150 million hard-cap.

These commitments strengthen PSERS’s existing relationship with both firms. Since a debut commitment in 2001, PSERS had committed $567.2 million to Incline vehicles as of 31 March, peaking with a $150 million commitment to Incline Equity Partners V in 2020.

While this commitment represents PSERS’s first investment in the Insight Vision strategy, the pension has previously committed to six funds and three co-investments with Insight, totalling $613.9 million as of 30 June.