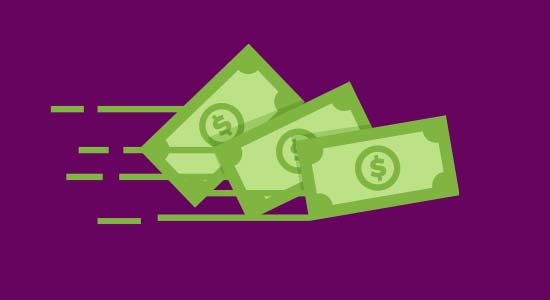 LP allocations in 2023
For all the talk of the denominator effect and a crowded fundraising market this year, LP allocation activity doesn’t look set to greatly diminish next year. That’s one key takeaway from Probitas Partners‘ latest Institutional Investors Private Equity Survey. The report surveyed 70 institutional investors, of which 46 percent were based in the US, a market that has seen LPs grapple with overallocation more than most.

The good news for PE fundraisers is that 53 percent of respondents were roughly at or over their target and still looking to maintain or increase their allocations in 2023, a similar result to last year. The proportion over target and looking to reduce exposure remained at just 4 percent, while 6 percent plan to temporarily slow their investment pace, up from 1 percent last year. None said next year’s allocations were already entirely spoken for.

Here are some other notable findings from the report:

Commonfund’s Burns to bid farewell
Peter Burns, president and chief executive Commonfund Capital, is retiring from his role, effective 30 June next year, according to a statement. Mark Hoeing, managing director and PE head, will take over as president in January and will assume Burns’ full position at end-June.

PEI most recently spoke to Burns – a 25-year veteran of the asset manager – at the beginning of the year about the greater role private wealth capital has to play in the PE industry, when he noted that many individual investors have “sticker shock” when it comes to private markets. We’ll leave you with this sage piece of advice from him when we asked about whether PE is too expensive an asset class for individual investors:

“What we point them to is: we don’t show you gross returns, we show you everything net of fees and net of carry. Are we able to still add value over the public markets? That’s what you should be focused on.”

Going beyond profit sharing
Ardian has joined Ownership Works, a non-profit with a mission to support public and private companies transitioning to shared ownership models, as its first European partner, per a statement. The Paris-headquartered firm will be part of a collective – including KKR, Apollo Global Management, TPG and some of the US’s biggest private equity LPs such as the California Public Employees’ Retirement System and the Washington State Investment Board – to create at least $20 billion of wealth by 2030 for low to middle-income employees.

More concretely for Ardian, it has committed to implement shared ownership in least three of its portfolio companies by end-2024. A spokesperson for Ardian tells Side Letter that the programme will involve its buyout, expansion, growth and co-investment strategies and will most likely target American and European portfolio companies.

Ardian has already been active in profit sharing in its companies for almost 15 years. It has rolled out incentive schemes or employee shareholding schemes to more than 31,000 employees at 40 companies in its buyout, expansion and infrastructure portfolios, representing between one to six months’ salary for each employee, according to the statement. As we discussed in our October Deep Dive, the employee ownership model is positive for the industry and many LPs and GPs want to see private equity play a greater role in addressing labour inequality.

Talking tokens
Hamilton Lane reckons tokenisation will be critical to democratising private equity. That’s according to managing director Carolin Blank, who was speaking at PEI Group’s Women in Private Markets Summit last Wednesday. If you’re not familiar with the concept of tokenisation, we’ve explained the concept here, and what it could mean for the private markets here. One of its key synergies with PE, Blank noted, is fractionalisation, which essentially means dividing exposure to PE assets into small, tradeable holdings.

Hamilton Lane has put its money where its mouth is. The asset manager partnered with Singaporean token pioneer ADDX in March to digitise a portion of its Global Assets Fund at a minimum ticket size of $10,000. In October, Hamilton Lane teamed up with digital assets firm Securitize to provide qualified US-based investors access to its funds.

The potential in this space could be enormous. In the US alone, about 10 percent of households are accredited investors, and hold about $75 trillion of wealth, according to a report from Morgan Stanley. “We’re talking about a huge market to tap into here and it’s still nascent,” Blank told delegates last week. “We really think it’s going to be very important in the democratisation of the asset class.”