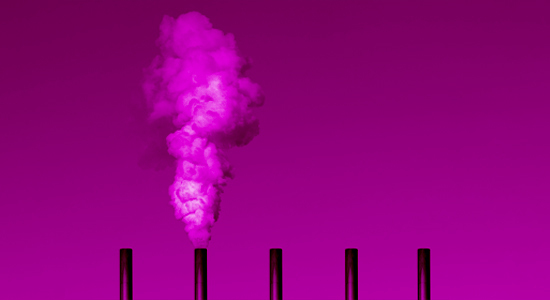 Between a lump of coal and a hard place
Many in private markets are committed to reducing their exposure to fossil fuel-related investments or targeting net-zero carbon emissions. An example playing out at one US LP sheds light on how this is not a straightforward exercise. Documents prepared for Maine Public Employees Retirement System’s 12 January board of trustees meeting show the pension has been exploring ways to cut its exposure to fossil fuel-related investments across its entire portfolio and has identified 58 private markets funds – mainly infrastructure vehicles with some PE energy funds, natural resources and a mix of others – with exposure worth $930 million.

MainePERS asked consultant NEPC to figure out how to cut this exposure, including looking into how much of a discount the funds would sell at on the secondaries market. While pricing for the infra fund stakes held their value relatively well, MainePERS would have to stomach as much as a 60 percent discount to net asset value on the energy and natural resources funds.

Further, NEPC’s report noted that MainePERS couldn’t just sell off its fossil fuel-related exposure in those funds; it would have to divest entire stakes at a time. In other words, for the pension to divest the $930 million in exposure, it would have to sell off $2.49 billion-worth of NAV. “The approximate loss from the discount from such transactions would be around $565 million, which is subject to change at the time of actual execution,” NEPC noted.

MainePERS now has at least two options to comply with state law by 2026: allow its existing private markets exposure to fossil fuels to run off, reducing its exposure by 3.6 percent; or do the same and then explore a secondaries sale in three years’ time to offload any remaining exposure. NEPC notes that while the latter option would be faster, it may result in a loss of value for the pension. MainePERS won’t be the only institutional investor facing such challenges when it comes to divesting from fossil fuel-related investments. And as ESG moves higher up the agenda, the pool of buyers willing to take on second-hand exposure to such investments is likely to shrink, leading to even greater discounts for LPs under similar pressure to divest.

Social media surveillance
Unlike team Side Letter, LPs have a perfectly legitimate excuse for spending all day on social media: due diligence. A survey of 106 private markets GPs, LPs and service providers from communications firm Prosek Partners, seen exclusively by Side Letter, found that more than half of LPs (52 percent) use social media platforms such as LinkedIn for GP due diligence, with 45 percent using it for manager selection. Videos are considered by LPs to be the most engaging type of content on platforms, followed by written thought pieces like whitepapers and blog posts, news articles and infographics/data.

Most GPs (70 percent) already use social media as a branding and marketing tool. And, given that 72 percent of respondents believe such efforts are more important than ever in a challenging fundraising environment, it’s unsurprising that 56 percent plan to increase their use of these platforms in 2023. No need, then, to switch tabs the next time your boss walks past.

Easier to Rede
Placement firm Rede Partners has launched an interactive LP portal providing access to information about its clients and funds, per a statement. RedeWire displays fundraising details, performance figures, portfolio case studies and PDF tearsheets. LPs can also filter and shortlist funds according to their interests. The intention is to provide instant access to a user-friendly digest of all the latest offerings and prevent LPs from having to sort through multiple emails, pitch decks and quarterly PDFs. At a time when so many funds (3,566 by PEI‘s latest count) are in market, anything that streamlines the process will no doubt be a welcome relief for many LPs.

IK Partners takes next steps
London’s IK Partners has launched a development capital strategy targeting the UK and Benelux, per a statement. The pool sits within the firm’s IK Small Cap Fund III and invests between €10 million and €25 million in business services, healthcare, consumer and industrials businesses. It will be led in the UK by Simon May and in Benelux by Frances Houweling, both of whom have been promoted to partner as part of the move.

“These are among the largest PE markets in Europe, so this is a logical next step for us as we continue deploying funds across our successful investment platform with a presence in key markets across the continent,” chief executive Christopher Masek said in the statement. The promotions to partner coincided with that of three other staff members: Morgane Bouhenic in Paris, Henrik Geijer in Stockholm and Joachim Dettmar in Hamburg.

State Universities Retirement System of Illinois has published its private equity pacing plan for 2023, according to materials from the pension fund’s December investment committee meeting.

In 2022, SURS committed approximately $515 million to private equity vehicles. The majority of these commitments focused on North American buyout funds. The public pension’s ticket sizes ranged from $13 million to $50 million per commitment, with an exception of $100 million being committed to Fairview Lincoln Fund I – Series C.

SURS committed to these buyout vehicles in 2022:

It committed to these venture and growth equity vehicles in 2022:

For more information on SURS, as well as more than 5,900 other institutions, check out the PEI database.