“Think really carefully about every statement.” 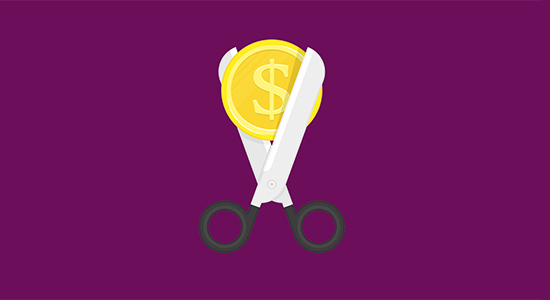 Management fees: Surplus to requirements?
Management fees have probably been a sticking point for almost as long as private equity has been around. Though LPs have had some success in negotiating GPs down (44 percent of capital raised last year was subject to a 1.5 percent fee), 2 percent is still the most commonly seen headline rate by number of fundraises, per MJ Hudson.

With that in mind, Side Letter can’t help but wonder whether management fees have been under greater scrutiny during the pandemic. After all, some key cost drivers, such as travel and on-site due diligence, have become largely virtual. If a GP was able to fund these expenses with a 2 percent (or less) fee prior to the pandemic, are some now operating at a surplus?

To be clear: We’re not suggesting that GPs should slash management fees on a 10-year fund for the sake of a couple of years’ worth of disruption (fingers crossed), but LPs could be justified in wanting to at least see these fees put to good use. One senior executive at a GP with more than $10 billion of AUM tells us that some LPs have asked them to invest any excess management fees into improving their ESG capabilities.

Got any thoughts on management fees? We’d love to hear from you either via email or by submitting an anonymous tip.

Brookfield’s next billions
Brookfield Asset Management will seek between $12 billion and $15 billion for its next flagship private equity fund, Bloomberg reports. The firm is expected to start fundraising later this month. If Brookfield reaches the upper band of that target, the fund would be about 67 percent larger than its 2018-vintage Brookfield Capital Partners V, according to PEI data. Though a substantial increase, Brookfield still has room to grow its funds even further; chief executive Bruce Flatt told analysts on a Q2 earnings call last month that $25 billion is the point at which the firm would consider dividing its flagship PE funds into separate regional buckets.

KKR’s wealth hires
Mark Tucker, a former managing director at HSBC Alternatives, has joined KKR as its head of private wealth in EMEA, according to a LinkedIn post. Tucker spent a decade at HSBC running its private market origination and diligence process for alternative investments. At KKR, his task is to help the firm become the “partner of choice for wealth managers” alongside Andrew Cocks, a former Blackstone principal who joins KKR as director. KKR has been “investing aggressively” to tap private wealth and retail channels and has doubled the size of its team in the last 12 months, co-president and co-COO Scott Nuttall said during its second-quarter earnings call.

Bridgepoint’s target
Europe’s newest listed giant (and owner of PEI Media) Bridgepoint is seeking €7 billion for its next flagship fund, per a Wednesday market update. If successful, Bridgepoint Europe VII will be about 21 percent larger than its 2017-vintage predecessor, according to PEI data. The firm had a busy first half of 2021, deploying €2.7 billion, backing six companies and racking up €2.1 billion of gross exits. Bridgepoint’s results cover the period immediately prior to its London IPO – details of which you can find here.

PE carries a heavy burden
A proposed rise of 98 percent for taxing carried interest would reduce private market investment, lead to widespread job losses and decrease tax revenue, warns the US Chamber of Commerce’s Center for Markets Competitiveness. In a September report, the organisation said PE, VC and real estate firms are collectively responsible for 25 million American jobs (via their portfolio companies) and nearly $500 billion of tax revenue. Using “standard economic theory”, it estimated that taxing carry as ordinary income could result in the loss of 4.9 million American jobs, $96 billion of tax revenue, and create a $3 billion pension shortfall due to a downsizing of private markets industries.

Pennsylvania Public School Employees’ Retirement System has approved $350 million-worth of commitments to two private equity funds at its August board meeting, a contact at the pension informed Private Equity International.

With a target of 15 percent, PSERS allocates 13 percent of its total investment portfolio to private equity, which encompasses $8.37 billion.

PSERS’ recent private equity commitments have tended to focus on global growth equity vehicles that specialise in the TMT sector.