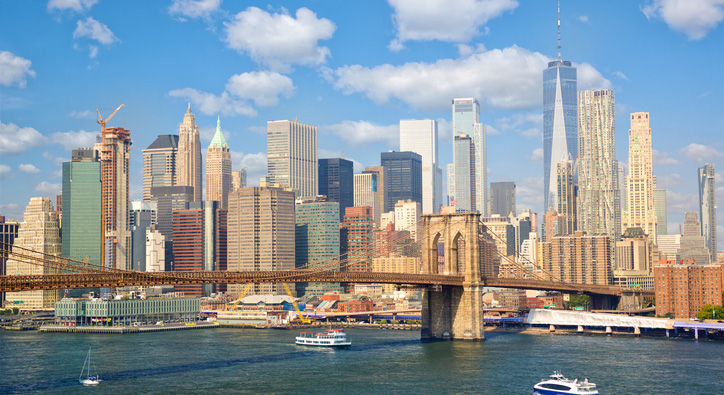 PEI’s Responsible Investment Forum is kicking off in New York today featuring an opening keynote interview with Robert Greene. The National Association of Investment Companies president and CEO is set to talk about biases in the finance industry that make it difficult for diverse firms to access capital and for general market firms to hire diverse candidates. There’s a jam-packed agenda for the first day, featuring an LP roundtable (always a must-attend), a discussion with Blackstone’s global ESG head Alison Fenton-Willock and a closing keynote interview with KKR’s co-head of global impact Ken Mehlman. Will you be at the forum? Say hello.

If you are one of the 80 private equity firms based in the state of Maryland, then you may well be rethinking that state of affairs. One CFO of a Maryland-based PE firm told Graham Bippart of Private Funds CFO his office would “absolutely” move to its Washington, DC office, which is only some 30 miles away, if new state tax laws are passed as written, putting huge hikes on the taxation of carry and management fees. Maryland is not the first state to consider cranking up tax on carry, but it looks to be reaching further than any of the others. Read Graham’s report here.

Take impact to the bank

Planning to raise an impact fund this year? Development Bank of Japan should be your first port of call. The ¥17 trillion ($157 billion; €142 billion) government institution will back impact funds and domestic emerging managers as part of a three-year business plan to significantly increase its alternative assets under management, senior vice-president Yas Tomita tells PEI. Tomita, who was promoted from his position as managing director at DBJ Asset Management last year, will also oversee the expansion of a domestic growth equity platform targeting small- and mid-cap businesses. The move will help to raise the bank’s exposure to Japan, which is “less competitive” than Europe and the US, he noted.

“In the real world, things generally fluctuate between ‘pretty good’ and ‘not so hot’. But in the world of investing, perception often swings from ‘flawless’ to ‘hopeless’. What I can say is that a month ago, most people thought the macro outlook was uniformly favourable, and they had trouble thinking of a possible negative catalyst with a serious likelihood of materialising. And now the unimaginable catalyst is here and terrifying”

Seconds out for Nationwide pension. The secondaries fundraising market may be robust, but not all limited partners are convinced. According to Mark Hedges, chief investment officer of the £5.5 billion ($7 billion; €6.3 billion) Nationwide Pension Fund, its trustees turned down the opportunity to invest in a secondaries fund because they saw it as an unnecessary barrier between the pension’s capital and the underlying private equity funds. The investment team believed the investment could help quickly build the pension’s private equity exposure while mitigating the J-curve.

“In the end, the trustees didn’t like it,” Hedges told Secondaries Investor. “There isn’t really operational improvement going on here – [the return is] all in the underlying funds. [They saw] what was on offer as just an intermediary for a pool of funds, which is the same reason we don’t do funds of funds.” The fund is the employee retirement scheme of the Nationwide Building Society, a mutual financial giant with around £250 billion in assets.

LP appetite for secondaries funds has dropped over the past year, according to our LP Perspectives Survey. This year 33 percent said they planned to commit to secondaries funds over the coming 12 months. The figure for the previous year 47 percent.

International Finance Corporation (IFC) has proposed a commitment of $30 million to AfricInvest’s fourth mid-market growth fund, AfricInvest IV. FMO has also committed to the fund. As in the table below, IFC has a multi-regional appetite for funds across Asia-Pacific, the Middle East and Africa.

For more information on IFC, as well as more than 5,900 other institutions, check out the PEI database.