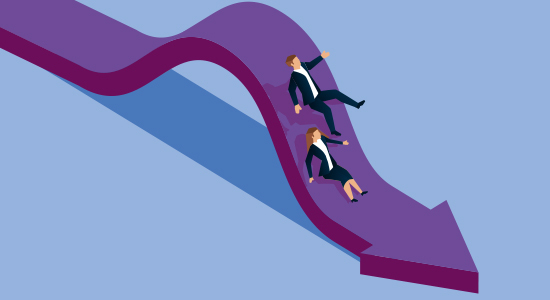 MassPRIM’s markdowns
PE valuations continue to play catch-up with their public counterparts. Massachusetts Pension Reserves Investment Management Board is the latest to see this play out. The $92.4 billion pension marked its PE portfolio down by 5.7 percent gross of fees in the third quarter, our colleagues at Buyouts report (registration required). Documents prepared for a 15 November investment committee meeting showed that 2012-vintages were marked down by 19 percent during the quarter, leaving them with a net asset value of $458 million; 2015-vintages were down 7.5 percent to a $1.9 billion NAV; and 2016-vintages fell by 9.6 percent to an $834 million NAV.

PE markdowns have been slow to reflect turmoil in the public markets this year. The dynamic has left many US institutions overexposed to the asset class through a dynamic known as the denominator effect, which in turn has forced some to become more selective or reserved when re-upping and committing to new managers, exacerbating this year’s challenging fundraising environment. Markdowns, oddly enough, may go some way towards easing these pressures.

Data just in…
European and UK private equity-backed companies are showing resilience amid economic slowdown in the region, according to investment bank Lincoln International’s European Private Markets Perspective: Q3 2022 report out this morning. PE-backed companies in the study reported year-on-year revenue and EBITDA growth of 83.3 percent and 61.8 percent respectively as of end-September. That compares with 78.6 percent and 68 percent in Q3 2021.

The report notes that covenant breaches under credit agreements are likely to persist next year. Such breaches – which are still low by recent historical standards – happened in around 3.7 percent of the companies Lincoln reviewed in the third quarter, up from an all-time low of 2.2 percent registered in the final quarter of last year.

Richard Olson, managing director of Lincoln’s UK/European valuations and opinions group, tells Side Letter: “The overwhelming majority that we see are leverage covenant breaches, with most companies only having a single covenant. We have seen lenders and sponsors continuing to engage proactively to cure these types of situations without having to rise to the level of a dispute.”

Here are other findings from the report:

A sobering data point. Despite the region being at the forefront of the climate crisis, less than two-thirds of Asia-Pacific GPs are considering climate change in their ESG due diligence. That’s according to the Asia Funds ESG Survey 2022 from law firm Morrison Foerster, which collated data from 100 regional fund managers with more than $1 billion in assets under management. The result is surprising, given that assets in the region seem particularly susceptible either to destruction of equity value or disruption to business operations and supply chains as a result of extreme weather events such as bushfires or flooding.

“It may be that these investors are focused on deals in fast-growth sectors such as technology or financial services, where businesses are perceived as having smaller carbon footprints,” the report noted. “Still, the lack of focus on
climate issues nonetheless seems short-sighted, particularly as companies come under more pressure to look beyond the carbon emissions for which they are directly responsible.”

Here are some other key findings:

Today’s letter was prepared by Alex Lynn and Carmela Mendoza