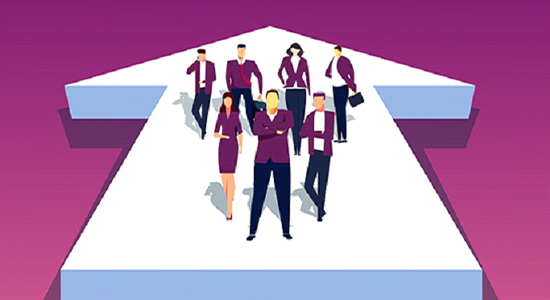 PE’s future leaders
It’s the moment you’ve all been waiting for! No, not hot goss from last night’s Met Gala… Private Equity International’s 40 under 40: Future Leaders of Private Equity – our annual ranking celebrating emerging talent in the asset class. In January and February, we called for nominations for PE professionals below the age of 40 who demonstrate strong leadership qualities, displays of innovation and skills, and who have the potential to make a mark on the industry. You responded en masse, submitting hundreds of nominations and leaving us with the difficult task of whittling them down to just 40 individuals.

This year’s cadre includes a 35-year-old described by peers as one of Japanese PE’s “brightest stars”; a 32-year-old LP who has played a pivotal role in developing a major industry-led initiative to standardise ESG reporting and benchmarking; and a 34-year-old lawyer that has already worked on transactions totalling more than $115 billion. Check out the full list here.

A tale of two PEs
Carlyle Group and Ares Management both weighed in on this year’s heady fundraising environment during their respective earnings call last week. For his part, Carlyle chief Kewsong Lee warned that a crowded market ($1.2 trillion’s worth, per PEI’s latest data) could mean the firm’s PE funds take longer to raise relative to other asset classes.

“With respect to private equity fundraising, these changing dynamics are mostly driven by the record number of funds that are coming back to market much faster than LPs thought, in large part because of the success the private equity asset class has had over the last few years,” Lee said.

It’s worth noting that Carlyle still raised $9.2 billion across strategies during the first quarter, with global PE (which includes corporate PE, real estate, and infrastructure and natural resources) providing about one-third of those inflows.

Ares chief Michael Arougheti was a little more sanguine about fundraising, noting that the firm was in the advantageous position of having already closed its second special opportunities fund on its hard-cap and not needing to roll out its next flagship corporate opportunities fund until towards the end of this year or early 2023.

Data Down Under
Industry body the Australian Investment Council has published a report on the contribution of private capital to the Australian economy. AIC members accounted for A$77 billion ($54.6 billion; €52 billion) of assets under management across PE, VC and debt as of 2020, and contributed A$54 billion to the domestic economy through gross value added – a measure of the value of goods and services produced – in 2020 alone. PE contributed A$39.1 billion of this; A$13.6 billion came from VC and A$1.2 billion from debt. 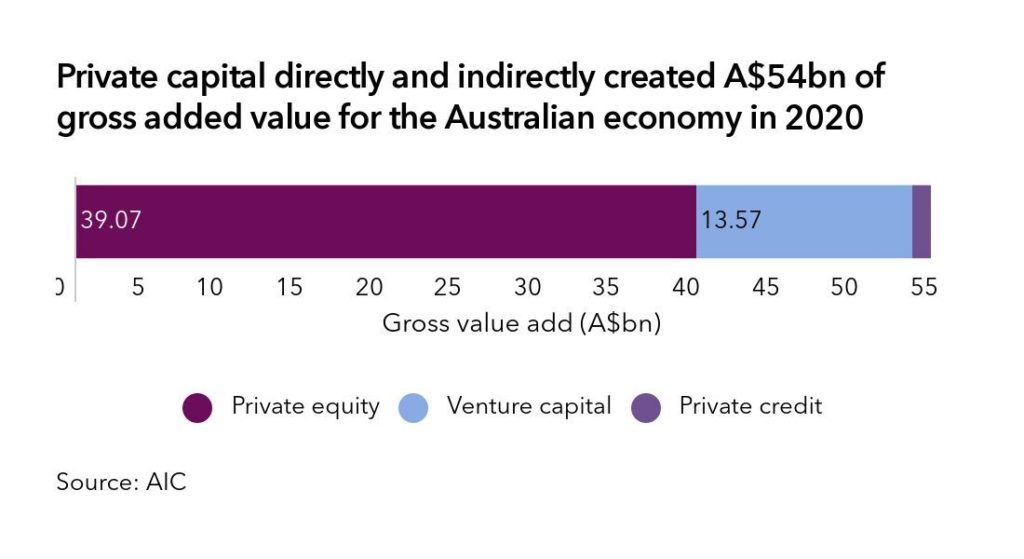 Taking an interest in carry
Apax Partners is tying its carried interest to impact KPIs for its $1 billion-target debut impact fund, our colleagues at New Private Markets report (registration required). The firm has created a proprietary framework to monitor improvement in the impact of its portfolio companies and will set annual targets for each portfolio company related to scale of impact, depth of impact and ESG priorities. It will score performance out of 100 to determine the carried interest Apax receives.