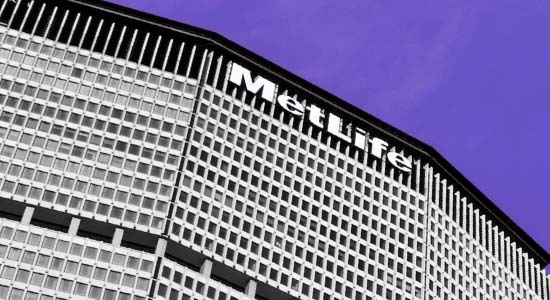 Tips from a long-time LP
When it comes to private equity investing, MetLife Investment Management is no new kid on the block: the $638.5 billion insurer was an LP in Blackstone‘s and CVC Capital Partners‘ debut funds and has been investing in the asset class since the mid-1980s. Side Letter recently had the pleasure of catching up with Elvin Lopez, managing director at MetLife, for Private Equity International‘s upcoming GI 100 ranking – out next month – of the largest investors in private equity globally.

The New Jersey-based institution has launched at least three initiatives in recent years around its PE programme, including tapping the secondaries market to help it manage third-party capital via a $1.2 billion sale; launching a co-investment programme (it has backed at least 25 deals so far) and backing female- and minority-owned sponsors via its emerging managers programme.

With the heady fundraising environment and ever-growing fund sizes, what is MetLife’s advice to GPs? “Years ago, I would have said transparency,” Lopez says. “[But] I would say transparency in our industry has improved pretty significantly over the last five to six years.”

For Lopez, the issue front of mind is how GPs coming back to market more frequently will affect MetLife’s PE portfolio construction. The insurer will need to think about its portfolio make-up given this dynamic – something that will likely translate into adding fewer additional managers and rethinking commitment sizes. “All the LPs have built their portfolios with the expectation that managers will be back in the market within a certain period of time,” he says. “That dynamic has changed.”

A clear majority
Most UK local government pension funds are likely to increase their exposure to private markets, according to a survey from real assets manager Alpha Real Capital. Of 100 fund professionals surveyed at UK Local Government Pension Schemes, 91 percent believe they will increase their exposure to private markets over the next five years, with a majority – 60 percent – expecting their allocation to grow by between 5 percent and 10 percent. The most popular reason for the allocation increase was improved transparency around private asset classes, followed by the availability of more investment opportunities and the need to diversify.

The study confirms the attractiveness of illiquid assets due to their strong returns and diversification benefits in an increasingly volatile world. A study by the same manager last year found 58 percent of UK professional pension fund investors were already allocating up to 25 percent of total assets to illiquid assets, while 37 percent were allocating up to 10 percent.

Many UK institutions invest in alternatives and they’ve tended towards income-generating assets classes such as private debt, real estate and infrastructure. At one industry conference Side Letter attended in 2018, PE was viewed by some with a degree of suspicion or even disgust. “Many trustees are not clued up enough to see they’re being shafted by PE,” said one pension consultant and executive board member at the time. “A lot of investment advisers are clueless as well.”

Although the survey did not include findings for PE, an improved perception of private markets as a whole is only likely to help appetites overall, rather than hinder them. This could be seen as the latest positive sign for PE fundraisers eyeing the UK’s relatively untapped LP space, following the landmark entry into the asset class by DC pension giant NEST earlier this year.

Family matters
Family offices as a whole represent an increasingly important pool of capital for sponsors to tap, and many with an entrepreneurial background have tended to have a bias towards direct investing. Case in point: Vulcan Capital, the multi-billion investment arm of late Microsoft co-founder Paul Allen, which in 2019 told PEI that 99 percent of its invested PE capital had been direct to avoid being locked up for a lengthy period and paying fees.

In fact, the average family office had a 13 percent allocation to direct PE in 2021, versus 8 percent for funds or funds of funds, according to the UBS Global Family Office Report 2022. The good news for GPs, according to the report, is that 44 percent of family offices plan to increase their commitments to the latter over the next five years, roughly the same proportion as to directs. So, don’t rule out a family office as your next LP.

Sequoia’s Southeast Asia focus
VC giant Sequoia India has raised $2.85 billion across several funds, including India venture and growth funds, and an $850 million debut Southeast Asian fund, per a statement. Sequoia has been present in the latter region for 10 years and has more than 40 staff in Singapore. It is also a hub for programmes such as Spark, which offers 15 $100,000 fellowships to female founders in the region every year; and Surge, a 16-week accelerator course. Venture firms more broadly in India and Southeast Asia are on track for bumper fundraising years as regulatory concerns and travel disruption prompt LPs to divert China allocations elsewhere in the region, according to Nikkei Asia.