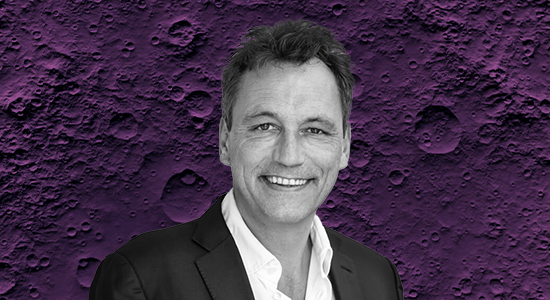 Putting more people on the Moon
“Democratisation” is a broad and, to some extent, imprecise term to describe private equity’s existing efforts to raise capital from a wider pool of investors. While the asset class has indeed made inroads to the private wealth and family office arenas, as documented in Private Equity International‘s recent Deep Dive, this process still excludes a vast swathe of Main Street, ie. those with not enough investable assets to be deemed an accredited, qualified or professional investor.

Fundraising platform Moonfare, itself a significant contributor to PE’s flourishing relationship with private banks and high-net-worth individuals, is hoping to bridge this gulf: the Berlin-headquartered outfit is planning to launch a number of retail products in Europe as early as Q4 2022, PEI reports this morning. These will include a European Long-Term Investment Fund (Side Letter covered BlackRock’s contribution to this space last year) and some sort of securitised note, details of which remain scant but which – we speculate – might resemble the Temasek-linked Astrea series.

Moonfare’s ELTIF is expected to have a minimum buy-in of €10,000, substantially lower than the €50,000 required of its existing fund of funds portfolios or menu of private funds. The logic, founder Steffen Pauls tells PEI, is to venture past where the “democratisation theme currently ends” to a new segment of the market. “Our mission,” as he puts it, “doesn’t end at accredited investors.”

Not everyone in the industry is in favour of expanding access to all and sundry, with PE’s recent efforts to come downmarket sparking concerns among some LPs of the potential for reputational damage if not done correctly. “It’s a big risk for the industry,” Sofie Kulp-Tag, senior investment manager at Skandia Mutual Life Insurance Company, for example, told PEI in March. “You really need to make sure that investors understand the asset class and how long you have to stay in the game.” Education and a degree of care, then, may well prove key to the success of Moonfare’s efforts.

On the subject of new pools of capital…
In a quest to tap more diverse pools of capital for private assets (read: UK DC pensions), BlackRock is set to provide “absolute transparency” on its fees, the FT reported on Monday (subscription required). To that end, the behemoth is actively pursuing an improved way of disclosing these fees to UK DC pensions, which have in prior years been precluded from embracing PE due to regulatory caps on fees they can pay.

BlackRock’s pledge will be welcome news to the UK government, which last year urged DC pensions to invest more of their assets in private markets. It’s also timely: the US Securities and Exchange Commission is pushing for greater fee transparency on PE managers and hopes to ban fees charged to LPs and/or portfolio companies, which it says are “contrary to the public interest and the protection of investors”. BlackRock’s example might encourage others to follow suit.

Trustar’s acid test
Trustar Capital, the Chinese mid-market firm formerly known as CITIC Capital, is seeking nearly $4 billion across two funds, AVCJ reports. The vehicles comprise its fifth buyout fund, which has a $3.5 billion target; and a debut growth fund, which is looking for $250 million. If successful in meeting its target, Fund V would be 25 percent larger than its 2018-vintage predecessor, according to PEI data.

The firm has picked an interesting time to return to market with a China fund. Multiple Asia-based fundraising sources Side Letter has spoken to in recent weeks have pointed to the difficulty in raising capital for China-focused strategies in light of last year’s regulatory upheaval, ongoing travel disruption and geopolitical tensions. “Even the brand name funds are struggling,” one placement agent noted this month.

Trustar has been no stranger to North American LPs – previous vintages have included commitments from the likes of Laborers’ District Council and Contractors’ Pension Fund of Ohio, The Dietrich Foundation, Carnegie Corporation of New York and CPP Investments. Its latest efforts may prove something of an acid test for whether appetites among existing Western investors remain intact.

True to your word
Compliance teams are now “front and centre on ESG”. That’s according to panellists at PEI’s recent Private Fund Compliance Forum in New York. Delegates heard that many firms are increasing the size of such teams to guarantee their compliance claims can be met in full, our colleagues at Private Funds CFO report (registration required).

It comes after the SEC proposed a rule that requires ESG-focused funds to disclose more information about what exactly their objectives are – a move that came within a few days of BNY Mellon Investment Adviser paying $1.5 million to settle charges of “misstatements and omissions” about ESG considerations in making investment decisions for “certain mutual funds that it managed”, per our colleagues at Responsible Investor.

“The SEC’s sanctioning on ESG should have woken us all up to make certain that you’re actually following the practices that you’ve articulated,” a PE legal vice-president and CCO said at the conference. Another panellist added: “If we say we’re going to do something, then we need to do it.”

Sports investing took PE by storm during the pandemic as cash-strapped franchises, competitions and media groups sought financial support. Football clubs and leagues have been of particular interest, with CVC Capital Partners, Silver Lake and Ares Management among those that have made acquisitions in recent years.

LP meetings
Here are some LP meetings to watch out for this week.