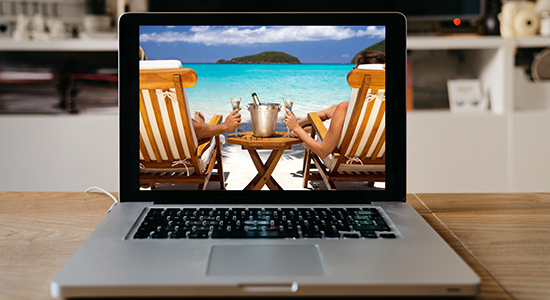 How PE takes its holidays

Private equity execs are known for applying the same acumen they use in business when arranging their own summer holidays. So when the world is struggling through a health pandemic, where’s the safest bet to catch some sun and downtime? In Europe, two destinations are top of the list: Greece (guaranteed warm weather and not subject to the UK’s 14-day quarantine rules upon return) and areas off the coast of England (Jersey, which is a British Crown Dependency but closer to the French mainland than the UK and a degree of latitude warmer). In Asia, one Malaysia-based executive at a global VC firm tells us they stayed local, taking their family for a weekend up a nearby mountain and sampling lemongrass smoothies. And for folks on the US east coast, we’re hearing those lucky enough to have residences in Nantucket and Cape Cod have been camped out there since June.

Outspoken California Public Employees’ Retirement System board member Margaret Brown is calling on the $390 billion pension to pause its private equity activity until the completion of an investigation into potential conflicts of interest on the part of former CIO Ben Meng. Brown said such a move was necessary to “prove to the beneficiaries we are upholding our fiduciary duty”. Meng resigned abruptly earlier this month. A California regulatory body is investigating his financial disclosures.

It’s not clear whether anything will come of Brown’s request – former board member and investment staffer JJ Jelincic, also a frequent CalPERS critic, said it was technically possible but could be hard to enforce. Meanwhile, board president Henry Jones said the pension should continue to invest consistently and “not limit ourselves arbitrarily”. CalPERS is next due for a board meeting in mid-September, at which, per a surely intentionally vague statement from CEO Marcie Frost, staff will bring “specific policy options” related to compliance. No news yet on whether this meeting will actually allow a window into what happened with Meng, or what those “policy options” might be – or whether the whole discussion will, once again, be conducted in closed session.

Kudos to KKR, which looks like it is taking the mental health of its staff seriously amid the pandemic. In a letter sent to employees in early April and seen by Side Letter, co-presidents Joe Bae and Scott Nuttall, pledged to “do all they can do to support staff” and recognised that mental health is “the number one issue that many of us are grappling with”. Here are some of the firm’s initiatives:

HSBC Global Asset Management has entered a JV with climate change advisory firm Pollination to “create the world’s largest dedicated natural capital asset management company” (website here). We’ll be bringing you more detail shortly, but in the meantime, here is what Agri Investor editor Binyamin Ali said when I asked him about the term ‘natural capital’:

“Anyone involved in sustainable ag and timberland will be familiar with the term. It has always meant natural assets but, in the context of PE, natural assets such as farmland and timberland have thus far been real assets. But because of the growing momentum around the idea that these two asset types are some of the best ways to store carbon – along with mangroves, rain forests and coastal systems’ capacity to store carbon too – they’re all now being bundled up as ‘natural capital’ in an allocation sense.”

Register with Agri Investor to read more on the JV.

If you had to identify two politically opposite UK news outlets, you’d choose the Daily Mail on the right and the Guardian on the left. There is normally zero overlap between the two, but one particular theme has brought them together:

Will Hutton, a columnist in the Observer (the Guardian’s Sunday edition) describes private equity as “a new class of invisible investors who mortgage companies for self-enrichment” as he calls on the Government to resist the urge to circumvent EU rules by providing loan guarantees to PE-backed companies. “It is a sector that has done more to degrade contemporary capitalism than any other,” he writes. “We need more public companies publicly accountable to shareholders and the public, and less indulgence of the indefensible.”

Ruth Sunderland in the Daily Mail dials up the vitriol, but the message is pretty similar: “Anyone extending a helping hand to private equity chancers like these should count their fingers. The Chancellor is already stretching the national finances to give a safety net to those who really need one. The idea that some morally bankrupt private equity companies – which have for so long made themselves rich at everyone else’s expense – should now benefit from that government largesse is abhorrent.”

Speaking of the court of public opinion…

… it may play a role in any potential mega buyout of telecoms giant BT (analysis from Reuters here).

For more information on Shanghai Dazhong Public Utilities (Group) Co, as well as more than 5,900 other institutions, check out the PEI database.