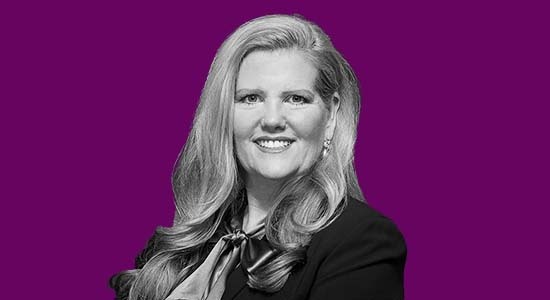 Indexed PE, anyone?
We’ve often written about private equity coming downmarket in what some have called the “democratisation” of the asset class. The latest development in this journey is PE for the masses via exchange traded funds. Northern Trust Asset Management, the $1.3 trillion manager, listed its FlexShares Listed Private Equity UCITS ETF in London, Amsterdam and Frankfurt over the past few months. The ETF tracks an index of listed private equity managers such as Brookfield, KKR, Apollo Global Management and 3i, and gives shareholders diversified exposure to PE managers.

“We have all different types of investors that have interest in having a diversified portfolio,” Marie Dzanis (pictured), head of asset management EMEA at Northern Trust, tells Side Letter. “They want to have clear and transparent holdings, know what they hold at any time during the day, and have a clear pricing mechanism. It fits well alongside other asset classes to give them access [to private equity].”

Retail investors have of course been able to buy shares in listed PE firms for years. The attraction of exposure via an ETF include diversification and its active design, Dzanis says, adding that many of Northern Trust’s clients want more access to PE.

However, some say bringing private equity to the masses may have unintended consequences such as reputational damage, as we reported last week.

An injection of optimism
If one were asked to name private equity’s top tech specialists, a few names would likely spring to mind; when asked the same of healthcare, the answer might be less clear. CBC Group, the China healthcare specialist previously known as C-Bridge Capital, is on a mission to change that dynamic. The firm last week held a final close on its fifth buyout fund north of its hard-cap, PEI reported on Friday.

That close brought CBC’s AUM to $5 billion across four strategies, including healthcare royalties and a newly launched real estate platform. CBC plans to follow this close with two new international office launches, one in London and the other in Seoul, this year. The aim, chief executive Wei Fu tells us, is to become “a healthcare version of Thoma Bravo or Silver Lake”. Read more about its plans to do so here.

Duke Street’s Troup is BVCA chair
Charlie Troup, managing partner at London-headquartered deal-by-deal buyout shop Duke Street, has been named chair of the UK’s private equity lobbying body for 2022-23. Troup takes over at the British Private Equity & Venture Capital Association from IQ Capital’s Kerry Baldwin, who finished up in the role at the end of last month. Troup’s goals over the next 12 months include continuing to help the industry focus on ESG issues, increasing DC pension scheme participation in PE, and looking at how the industry can help to support Ukraine.

So you want to get hired by a PE firm? Burn that midnight oil
Blackstone, Hellman & Friedman, TPG, Carlyle and Silver Lake are said to have started interviewing in the wee hours, and in some cases, overnight, according to social media account Litquidity cited in an eFinancial Careers article. Overnight interviewing (1am to 8am) appears to be a thing – the only available timeslot for junior bankers wanted by PE firms. “Not only are the junior bankers involved expected to do without sleep, but they’re doing this while still having a demanding job and representing clients,” Anthony Keizner, a headhunter at Odyssey Search Partners, said in the story. What’s more, none of the firms want to lose out, resulting in “quick and aggressive offers”.

Hong Kong’s SPAC dreams
Tighter rules on special purpose acquisition companies (SPACs) in the US could prove a boon for Hong Kong. The city state, well positioned with access to Chinese capital, seeks to establish itself as a base for China and Asia-focused blank cheque companies.

It saw its first SPAC listing last month – with China Merchants Bank-backed Aquila Acquisition raising some $128 million in its IPO – with at least 40 more in the pipeline, Bloomberg reported (subscription required). Hong Kong implemented new SPAC rules in December to allow more flexibility for SPAC promoters in areas such as proceeds and earn-out rights, in a bid to position itself as a new fundraising venue.

The US Securities and Exchange Commission proposed on 30 March new rules against SPACs to help “ensure that investors in these vehicles get protections similar to those when investing in traditional initial public offerings”, SEC Chair Gary Gensler said in a statement. Changes include heightened disclosure on sponsors, conflicts of interest and dilution; paring back safe harbour provisions for misleading projections; tougher rules for marketing purposes; and less time to find a deal.

– This report was updated to show the FlexShares ETF listed over the past few months, including in Frankfurt.