“If I suggested that public equity shareholders should leverage their portfolios, I would be dismissed as being irresponsible and reckless. And yet the owners of public portfolios are very happy to have embedded leverage within their portfolio [by investing in private equity funds].” 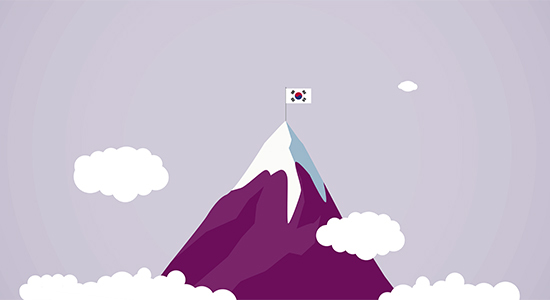 NPS: Beneath the hood
For one of the largest PE investors in the world, National Pension Service of Korea has played its cards close to its chest. Until now, comparatively little was disclosed about its PE portfolio. This month, a new disclosure policy led to it revealing a wealth of information for the first time, including strategic and geographic exposures and its largest fund commitments. We’ve compiled everything you need to know into these five handy charts. Here are some takeaways:

BC’s second, second bite
BC Partners is seeking a second bite of the apple… again. On Tuesday, its BC Partners Fund XI partnered with CPP Investments to acquire CeramTec, a German medical ceramics maker already owned by BC European Capital X (details here (registration or subscription required)). Public Sector Pension Investment Board and Ontario Teachers’ Pension Plan Board, which invested in CeramTec as part of a consortium alongside BC in 2018, will exit their direct investments.

It’s not the first time BC has held on to an asset. Earlier this year it ran a single-asset restructuring on academic publisher Springer Nature, which was held in its 2011-vintage BC European Capital IX, as affiliate title Secondaries Investor reported (registration or subscription required). Springer was moved into a continuation vehicle with more than €1 billion of capital commitments, realising capital for investors and providing more runway for additional growth.

BC has now run both a single-asset deal and a fund-to-fund deal on separate assets – an intriguing development given its comments in 2019 that selling assets to an existing fund and single-asset restructurings could prove “an absolute nightmare“. The firm has clearly managed to navigate such nightmares on at least two occasions.

Your next China Commitment?
Yesterday, we published a list of five European managers worth keeping an eye on. Today, we venture east to China, where regulatory, geopolitical and travel-related headwinds have caused some apprehension regarding western LP appetites. For those who remain bullish, or are keen to try something new, here are five firms we think our readers should know. You’ll find:

London calling
Mubadala Capital, the asset management arm of Abu Dhabi’s sovereign wealth fund, is planning to add PE staff in London, The Wall Street Journal reports. Antoun Ghanem, a PE director who leads the firm’s European investment practice, will relocate to London from Abu Dhabi. It also plans to increase its New York staff from one to three or four investment professionals. The move follows the final close of a recent secondaries transaction to bolster Mubadala Capital’s third-party coffers.