“We don’t just want to grow for growth’s sake. We don’t see ourselves as a generalist fund.” 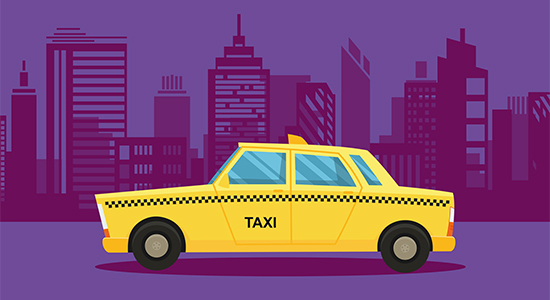 NYCRS in a twist?
When Private Equity International profiled New York City Retirement System’s private equity unit at the end of 2019 the institution was gearing up to become a leading investor in the asset class. It had launched an emerging manager programme with Neuberger Berman and was in the process of building a PE co-investment programme with HarbourVest Partners, the latter of which came to fruition last June.

Two years on, its PE team is looking very different. The latest senior member to depart the $270.7 billion public pension is senior investment officer Cristian Norambuena, whose last day was Thursday, Side Letter has learned. Norambuena’s destination is undisclosed but his farewell email, seen by Side Letter, notes he’ll be “joining a new firm” in February. This is understood to be the fifth departure since May from a group assembled by former PE head David Enriquez, and follows that of fellow senior investment officer Katja Salovaara earlier this month.

According to a source familiar with the pension’s thinking, the departures at NYCRS couldn’t come at a worse time. With a flurry of mega-funds and tech vehicles either in market or coming to market this year, as well as a $500 million co-investment pot to invest, the pension will need as many hands on deck as it can find.

PE on the peninsula
Spain enjoyed its second-best year for PE and VC deals in 2021, according to preliminary figures from Spanish Association of Capital, Growth and Investment (ASCRI). Here’s what you need to know:

BGH’s bucks
Australian buyout firm BGH Capital has collected A$3 billion ($2.1 billion; €1.9 billion) in a first close of its sophomore fund, according to the Australian Financial Review. Fund II is already 15 percent larger than its 2018-vintage predecessor, which set records as Australia’s largest debut fund. The Melbourne firm, founded in 2017 by former TPG boss Ben Gray, has been busy during the pandemic, completing at least four new investments and multiple bolt-ons, including its purchase of theme park and cinema chain Village Roadshow and online travel agent TripADeal. It comes at a difficult time for the market, with dry powder and searing valuations among the challenges buyers must contend with, as PEI explored last year.

Speaking of…
Yasser El-Ansary, chief executive of industry body the Australian Investment Council, has announced plans to step down in coming months. He will take up a similar role at professional body the Financial Services Institute of Australasia. El-Ansary championed numerous causes during his eight-year tenure at the AIC, leading calls in 2019 for the incoming government to scrap fee disclosures, which historically have restricted appetites for PE among the nation’s mammoth superfunds.

PSERS’ pacing plans
Pennsylvania Public School Employees’ Retirement System is the latest LP to find itself overexposed to PE. The $72.5 billion pension is 17.1 percent exposed to PE, against a 12 percent target allocation, according to documents from its quarterly meeting last week. PSERS announced its plans in October to slim down to its target weight by 2025. Consultants noted in a liquidity report from the same period that managing the pace of future commitments would allow the pension to control illiquid asset allocation, especially in a downturn. It is unclear whether the pension has considered using the secondaries market.

Clearlake Capital Group launched its seventh-series private equity vehicle in August 2021 with a $10 billion target size and a $13.75 billion hard-cap. Clearlake is raising its seventh fund to invest in small and medium-sized companies primarily in the industrials, technology and consumer industries.

Its recent private equity commitments have focused on growth and buyout vehicles that invest largely in North America.