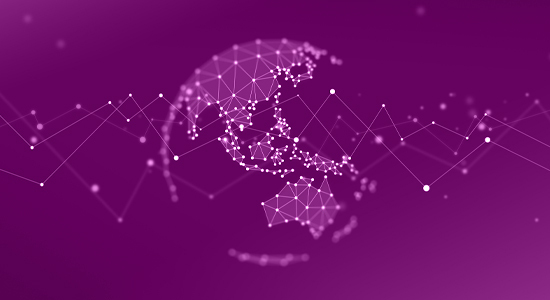 Asia secures the PAG
PE participants in Asia-Pacific seem reasonably unfazed about the end of cheap debt. There are a number of reasons for this – some of which Carlyle’s Asia chairman XD Yang explained in greater detail here. One contributing factor appears to be the region’s preference for private credit when financing buyouts, meaning APAC GPs haven’t been as impacted by any reticence among traditional lenders.

APAC alternatives giant PAG this week raised the region’s largest direct lending fund in over a decade, as our colleagues at Private Debt Investor report (registration required). PAG closed PAG Loan Fund V on its $2.6 billion hard-cap and the fund is roughly 70 percent larger than its 2019-vintage predecessor. It is expected to invest across Japan, China, India, Australia and South Korea.

Private credit became the preferred source of deal financing for the APAC PE community this year: according to law firm Dechert, nearly 60 percent of APAC GPs now use it more than traditional bank financing for buyouts, versus 52 percent of those in EMEA and 42 percent in North America. What’s more, PAG’s raise caps a strong year for the region’s private debt market, with a record $11.5 billion raised as of 13 December. All told, APAC’s PE dealmakers seem likely to remain unfazed by interest rates as we enter 2023.

Private Equity International will be digging deeper into how global markets are faring under a high interest rate environment in an upcoming episode of our latest podcast miniseries: Private Markets and the End of Cheap Money. You can listen to the first episode here.

Hell, man, that’d be a massive close!
The next private equity mega-fund to close could be just around the corner, documents from a US pension fund show. Hellman & Friedman is planning to hold the final close on Hellman & Friedman Capital Partners XI, which is targeting $25 billion, in the first quarter of next year, according to materials for Pennsylvania State Employees’ Retirement System’s investment committee meeting yesterday. Affiliate title Buyouts had previously reported the fund could be seeking as much as $30 billion (registration required).

DWS’s secondaries unit looks for a new home
Asset managers buying secondaries businesses has been the latest trend over the past year with Ares Management, KKR and PGIM examples of firms that have either mulled this or done so. Last week, Bloomberg reported (subscription required) that Deutsche Bank’s asset management arm was considering selling its private equity secondaries business in a move that appears to be swimming against the prevailing tide. Speaking on DWS Group‘s 2022 Capital Markets Day last week, chief executive Stefan Hoops said that while alternatives was a key pillar for the firm, it would be focusing on commercial real estate and infrastructure.

For the record, DWS’s secondaries unit isn’t exactly your traditional mom and pop secondaries shop. The unit has always sought to differentiate itself from the plain vanilla LP stakes crowd and focuses on what it refers to as ‘mid-life co-investments’, as Mark McDonald, managing partner and head of the unit, told us last year. It’s unclear how off the hook phones have been ringing at DWS re: interest in acquiring this unit; still, buyers who both understand and like this strategy will be buying into an experienced team led by one of the more experienced people in the business, not to mention a differentiated secondaries strategy. More from our colleagues at Secondaries Investor here (registration required).

How GPs will get deals done in 2023.
Minority deals, which typically don’t require debt financing, all-equity deals and private placement of debt are some methods PE firms will employ to put capital to work next year. That’s according to PwC’s US private equity deals outlook in 2023, as reported by our colleagues at Private Funds CFO (subscription required). There’s some $1.1 trillion of dry powder available for US PE alone, and while activity was more muted across geographies this year, industry participants expect a deal rebound in 2023 especially in take-privates and corporate carveouts. On the topic of minority stakes, this Q&A with Inflexion’s David Whileman by affiliate title PE Hub Europe (registration required) is a must-read on why this deal type is on rise and the pros and cons of non-control stakes.