“We do believe in playing fair. We are not supportive of extremely creative, abusive tax planning” 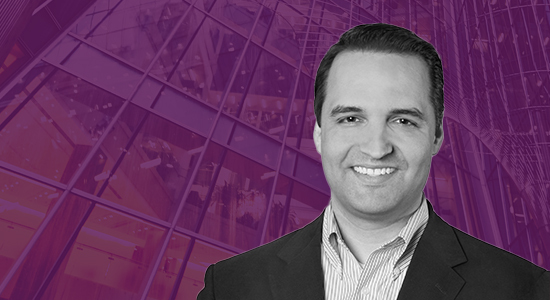 Collectively, Partners Group’s $15 billion is among the largest PE funds to close this year, along with KKR Asian Fund IV, and the second-largest raised by a Europe-headquartered firm, behind the €15.6 billion EQT IX.

Motive’s new chairman
Fintech-focused Motive Partners has appointed Jeffery Yabuki to lead Motive alongside founder and managing partner Rob Heyvaert, per a statement seen by Side Letter. Yabuki, who joins with the titles of chairman and founding partner (the latter is understood to be given to select senior members of the firm), is the former chairman and chief executive of US-based financial services technology company Fiserv. His appointment follows Apollo Global Management’s purchase of a minority stake in Motive in July. The firm is seeking up to $1.5 billion for its sophomore fund, PEI reported last year.

Neuberger’s numbers
Neuberger Berman Private Equity, the $1.3 billion listed private equity investment company, on Monday said it had a 29.7 percent total return to net asset value for the year through 31 August. A record level of realisations against a market backdrop of high valuations and frenzied deal activity drove performance. Here are the key figures to know:

Mnuchin strikes gold
Steve Mnuchin, the former Goldman Sachs executive and hedge fund manager who served as US Treasury secretary during the Trump administration, has raised $2.5 billion for his debut PE fund, Bloomberg reports. Most of the capital raised by his firm, Liberty Strategic, was committed by sovereign wealth funds in the Middle East, including Saudi Arabia’s Public Investment Fund. The vehicle will back technology, financial services and content businesses.

SWEN interests align
The team behind a relatively small impact fund are taking a leading position on aligning it with impact. France’s Swen Capital Partners’ Blue Ocean fund will link 50 percent of its carried interest to the fulfilment of impact goals, managing director Christian Lim told affiliate title New Private Markets last week (registration or subscription required). The firm disclosed the fund’s launch in early September and secured a €52 million first close against a €120 million target. If you think that’s bold: next time it is likely to link 100 percent of the firm’s carried interest with impact targets, Lim said.

The California Public Employees’ Retirement System has approved $5.1 billion-worth of commitments to 18 private equity funds, according to a document from its September investment committee meeting.

The US’s largest public pension has an 8 percent target allocation to private equity that stands at 8.3 percent.

CalPERS devotes 21.6 percent of its full investment portfolio to alternative assets. The pension has a strong appetite for diversified funds that are North America-focused.