“It’s amazing the number of bad deals/funds I see getting done. I think probably one out of every [two] things I look at is worse than the worst of the 100 LPs I’ve executed in my career.”

In a Tuesday LinkedIn post, Christopher Schelling, director of alternative investments at Venturi Private Wealth, urges investors to be cautious in this frothy market. 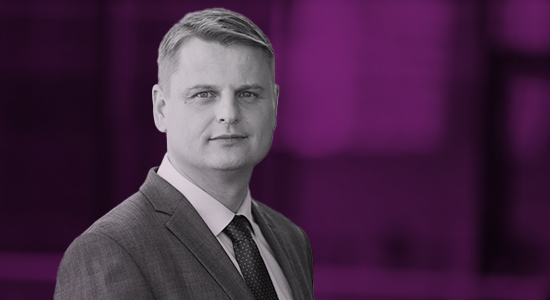 Private Equity International recently caught up with investment director Michal Gladys, a former investment officer at California Public Employees’ Retirement System, to discuss how PFR Ventures plans to put that capital to work. Spoiler alert: priorities for this fresh capital include committing to a greater number of first-time funds in Poland and increasing its cheque size to up to €50 million, from its typical €5 million to €25 million range.

“We want to see new managers setting up,” he says. “And we want to build good capital deployment programmes in [Poland]. But, if times go bad, then there’s not going to be too many investment opportunities, and that is a concern.” You can read the full interview here.

BlackRock parts inflation river
BlackRock chief executive Larry Fink called inflationary trends “more than transitory” on Wednesday’s Q3 earnings call, reflecting structural changes in the economy including a shift from consumerism to job creation, rising wage growth and the energy transition. Against this backdrop, Fink is seeing an increase in allocations to private markets from clients. In September alone, BlackRock raised $25 billion of gross capital and deployed $10 billion across alternatives.

Here are other highlights:

The issue of rising expenses
Fund expenses remain a murky category for LPs and GPs, and are increasingly becoming a source of tension in the relationship, a new survey revealed. About a quarter of LP respondents to the Institutional Limited Partners Association’s Industry Intelligence Report, said they are seeing administrative expenses like in-house legal, accounting and computer software shifted away from management fees and charged to LPs as fund expenses, affiliate title Buyouts reported (registration or subscription required). Organisational expenses such as deal sourcing costs, including travel, adviser and affiliate salaries and regulatory and compliance filings are also “routinely” excluded from the management fee, the survey found.

Larger fund sizes are partly to blame. Usually, these expenses are capped, but LPs also are seeing more limitations on what those caps cover – often carving out side letter negotiation costs, for example, according to Chris Hayes, senior policy counsel for ILPA. “Why should it cost more? Yes, the fund may be larger, and maybe there are marginally more LPs in the fund, but why should those organisational expenses grow so much along with the fund size?” Hayes said. “It doesn’t necessarily make sense, and indicates a lack of cost control for fund counsel.”

On the Hunt for GPs
Bennet Goodman, one third of the founding partners behind GSO Partners (now Blackstone Credit), is seeking $2.5 billion for Hunter Point Capital’s debut fund, Bloomberg reported this week. It will pursue minority investments in PE, credit and real estate firms with at least $3 billion in AUM. The firm already has $1 billion in commitments, with British banking scion Jacob Rothschild and Carlyle co-founder David Rubenstein among its initial backers. PEI reported on the launch of Hunter Point late last year.

What caught Side Letter‘s interest about this particular GP stakes strategy is the clarity over its intended exit route, with the firm planning to offer liquidity through an arrangement with Nasdaq Private Market. Uncertainty around exits have given some LPs pause over GP stakes funds in the past, though as the sector matures we’re starting to see more come to fruition.

Listen in
Is now the ideal time to take an LP portfolio deal to market? That’s a question Mike Custar and Jake Stuiver of White Plains-based secondaries advisory M2O Private Fund Advisors sought to answer in our latest episode of Spotlight with affiliate title Secondaries Investor (registration or subscription required). Senior reporter Michael Baruch examines the bifurcation of the secondaries market with the pair and they discuss its effects in this seven-minute podcast.