“Liquidity is overrated. If you have so much conviction in the manager you chose or in the companies that you own a piece of, why would you place so much value in the ability to get out at every instant?”

Orlando Bravo, founder of tech investment giant Thoma Bravo, wrote in a Tweet on Saturday that the secondaries market, the fastest growing subsector of private markets, is based on the premise that the ability to sell is always worth something. More here. 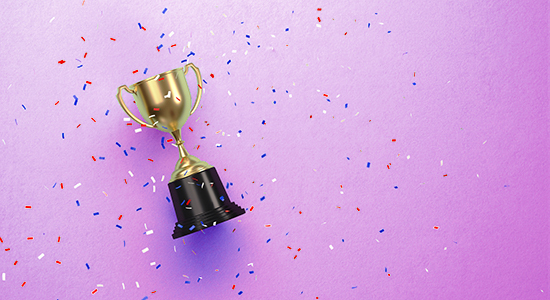 Have your say
It’s everyone’s favourite time of the year! That’s right… voting has opened for the Private Equity International Awards 2021. This marks the 20th anniversary of our awards: since 2001, we have given industry specialists the chance to have their say on the leading firms, deals and much more within the global private equity space.

The asset class is having a memorable year – mammoth fund closes and record levels of dealmaking in 2021 against an uncertain backdrop will make recognition from one’s peers all the more impressive.

Voting closes on Wednesday 12 January 2022, with the results revealed in March, so don’t waste any time in having your voice heard. With 72 categories across three regions, in addition to global, strategy and secondaries sections, you’re encouraged to vote in any category you feel qualified to judge. Vote here.

Europe: Crowded in the middle
Industry experts from 3i, Adams Street Partners, Schroders Capital, Travers Smith and Unigestion recently came together (virtually) for Private Equity International’s European mid-market roundtable. Below are some takeaways:

Read the roundtable in full here.

Cbus cuts costs
Australian superfund Cbus has tapped infrastructure head Alexandra Campbell to lead its entire private markets unit, per a Wednesday statement. Campbell, who joined from AustralianSuper last year and will continue to lead infrastructure at Cbus, replaces private markets head Grant Harrison, who will retire in January after nine years at the fund. The move was accompanied by the appointment of Lisa Cuman, formerly of Citigroup, as head of investment legal and governance; and Steward Tan, previously of Victorian Funds Manager Corporation, as head of markets, asset allocation.

These additions come as the A$65 billion ($46.3 billion; €41 billion) pension works to bring its investment capabilities in-house, with almost 40 percent of assets now internalised. Since 2017, its investment costs have reduced by 41 percent, providing a cumulative benefit to members of A$410 million. Australian superfunds are particularly sensitive to expensive asset classes due to the country’s stringent fee disclosure requirements, with many having PE allocations in the low single digits as a result. Cbus, for its part, had a 2.38 percent exposure in its growth investment option as of October.

Direct investing is one way to navigate fees. AustralianSuper, the nation’s largest pension fund, has slashed fees paid to GPs to between 1.5 percent and 2 percent, down from an industry average of 5 percent to 6 percent, by going direct, Australian Financial Review reported in July. The institution had around 4 percent of its assets in PE, which it plans to double to 8 percent over the next three years.

iCapital’s adviser
Fundraising platform iCapital Network has named Masato Degawa, former head of Japan at BlackRock, as a senior adviser, per a Wednesday statement. Degawa brings serious investing pedigree: he spent nearly five years at BlackRock, which he joined in 2010 following an eight-year stint at Amundi, where he was chief investment officer for Japan.

iCapital isn’t the only fundraising platform with Japan in its crosshairs: Keiko Sydenham, a former Tokyo-based managing director in Blackstone Japan’s investor relations unit, teamed up with former executives from HQ Capital and Headline Asia this year to launch LUCA, a digital fundraising platform connecting alternative asset managers with Japanese investors, as PEI reported in July. It comes as industry participants more broadly flock to Asia in the hopes of tapping its burgeoning pool of wealthy individuals.

Today’s letter was prepared by Alex Lynn with Michael Baruch