At an April IC meeting, Seth Kelly, CIO of Pennsylvania State Employees’ Retirement System, explains the decision to reduce its PE target from 14 percent to 12 percent, with the extra 2 percent going into micro-cap stocks (registration required). 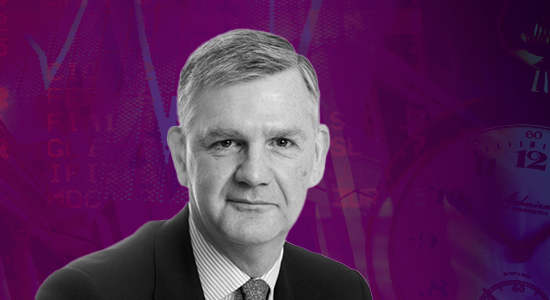 Pension sub line woes
LGPS Central, a UK pension pool managing about £45 billion ($52 billion; €63 billion) of assets, isn’t happy about the proliferation of subscription credit lines. In an interview with Private Equity International head of private markets Ian Brown (pictured) expressed frustration over their impact on drawdown pacing and lack of transparency, noting that they’re “marketed as creating convenience” but instead “inflate returns for managers”. His eagerness to put money to work is understandable given the comparative nascency of the fund’s PE programme, which was launched in 2019 and includes five manager relationships in its primary fund.

Sub lines are near-ubiquitous in PE, with the market estimated at some $500 billion in commitments. The Institutional Limited Partners Association last year doubled down on efforts to promote greater transparency in fund finance, urging GPs to disclose net IRR with and without the use of such facilities, in addition to the methodology used to reach that figure.

Dyal ‘M’ for merger
The controversial merger between Dyal and Owl Rock – which is nearly complete – has exposed flaws in the popular GP stakes model, as PEI explores in its May cover story. It’s an article well worth your time to read. The bottom line is that this transaction highlights that the intricate web of relationships inherent to PE can prove tricky to navigate in a universe as small as that of GP stakes. Still, the strategy remains attractive as a larger number of firms require financing or distribution infrastructure to boost fundraising. Given how profitable these investments can be, there will always be someone to write a cheque.

Fundraising platforms are typically lauded for providing smaller LPs with access to blue-chip mega-funds. What caught Side Letter‘s eye was that about half of the firms Revere is seeing fall under the diversity header of being run by GPs who are female or people of colour. With DE&I climbing the LP agenda of late, using these services to provide a platform for GPs who need it most could help to redress the balance in PE.

Hillhouse to haul?
Hong Kong’s Hillhouse Capital is expected to raise $18 billion across three funds, Bloomberg reports. The firm is nearing final closes on its Hillhouse Fund V, Venture Fund V and Focused Growth Fund V, though it’s unclear how much will be allocated to each vehicle. Its previous flagship, Hillhouse Capital Fund IV, beat its $8 billion target to raise $10.6 billion in 2018, according to PEI data. The firm’s record for Asia’s largest PE fund was broken by KKR earlier this year, which raised $15 billion for Asian Fund IV in April.

New Mexico Educational Retirement Board has approved $160 million-worth of commitments to private equity funds, a contact at the pension informed Private Equity International.

The $14.20 billion public pension has a 15 percent target allocation to private equity that stands at 16.3 percent.

The majority of the institution’s recent private equity commitments have been to funds focused on diversified sectors in North America and Western Europe.

For more information on NMERB, as well as more than 5,900 other institutions, check out the PEI database.