“We’ve been on a four-year journey to uplift our investment technology; that really helped in the crisis … by 7am we were receiving market data. By 8am, we had verified that data and could have a liquidity meeting every morning. And by 9am, recommendations went to the investment committee, which met every single day at 10am through that period.”

Raphael Arndt, CEO of Future Fund in the Australian Financial Review. The fund had A$29.5 billion ($21.2 billion; €18 billion) in private equity at the end of March, of which it has sold “around A$6 billion exposure” bringing it down to 13-14 percent. 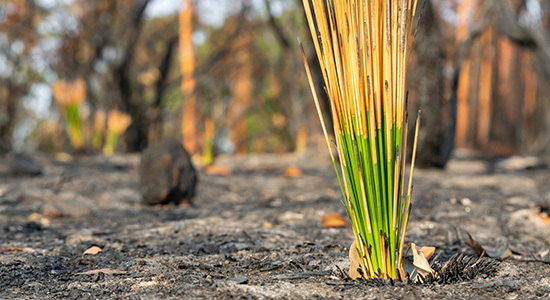 The country, already dealing with the tragedy of climate change-related bushfires, is now grappling with renewed outbreaks of covid-19. These two sets of disasters will reset what had become a highly competitive (read expensive) landscape for investing, and a difficult one for exits. KKR, for example, reportedly cancelled a planned IPO for lender Latitude Financial in October because investors wouldn’t match the expected value. Read more in Alex Lynn’s overview of Australian PE.

Investors have taken note. The A$96 billion First State Super is currently a little over its PE allocation of 5-6 percent, but Damian Graham, chief investment officer, told PEI he is quite happy about this, given the potentially good vintages coming up.

The domestic PE market itself may be entering a new and fecund stage of its development. “Historically, secondary transactions have constituted a relatively small component of the market here,” PEP managing director Tony Duthie wrote in our Australia Special. “However, pre-covid, there were probably half a dozen private equity portfolio companies for sale, and most were being marketed strongly to other private equity firms … That will create opportunities.”

The California Public Employees’ Retirement System drama (see yesterday’s Side Letter) continues: State controller Betty Yee has written to board president Henry Jones to call for a “swift and thorough inquiry” into Ben Meng’s departure to determine whether any laws had been violated or whether the pension system had suffered “financial and reputational damage”, reports Reuters.

Pantheon is celebrating passing the $50 billion AUM mark, the firm said in a statement this morning. It has also appointed partner Rob Barr as head of investor relations for EMEA.

SoftBank’s troubled Vision Fund has returned to growth following three consecutive quarters of losses. The mega-fund posted a ¥258 billion ($2.4 billion; €2.1 billion) unrealised net gain for quarter ended 30 June, of which ¥108.7 billion was driven by unlisted assets, per its Q1 2020 earnings. Growth reflected the fair value of online businesses such as e-commerce and food delivery, which have seen increases in customer engagement during the covid-19 pandemic, and a sharp uptick in the public markets.

GPs wishing to get ahead of the game on any potential LP defaults will do well to check out this guest commentary by Osborne Clarke. Lawyers Helen Parsonage and Dan Faundez outline six ways to deal with these awkward events, should they happen, including defining whether a default clause has actually been triggered (or whether the LP is simply late on its payment), and whether third-party lenders need to be notified. The take-away: prudence and pragmatism are key.

Korea Post has issued a request for proposal for domestic private equity fund managers.The firm plans to commit a total of 200 billion won ($168.8 million; €143.4 million) to two private equity managers. Eligible managers should oversee a fund of at least 100 billion won in size. The submission deadline is 28 August 2020 with a decision by the investment committee planned in mid-October.