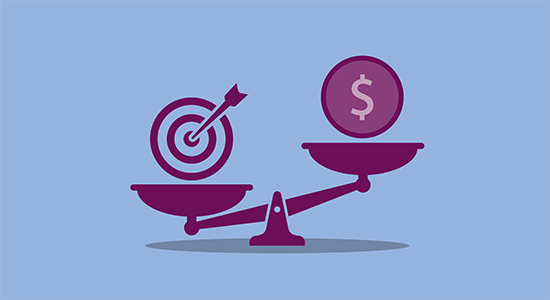 The dreaded denominator
Private equity’s stellar performance over the past 12 months has been something of a double-edged swords for investors, many of whom are finding themselves precariously close to their allocation limits as a result. Changing market conditions could push some over the edge.

Stock indices plunged in recent weeks, some by more than 10 percent, as  the Ukraine crisis, inflation and the prospect of higher interest rates rattled the market. Though many are now making up lost ground, volatility looks set to continue. If markets fall again, the lag between public and private valuations could mean LPs are forced to freeze new commitments or sell illiquid assets to balance their waning equities portfolios. In short, the dreaded denominator effect.

“People were already challenged to make their commitments to new funds as they kept growing and coming back to market every year,” one partner at a US mid-market firm with more than $3 billion of AUM tells Side Letter. “Then you [could] get the market dropping by 15-20 percent and the PE portfolios not. I think that’s going to be the next shoe to drop.”

The impact could be more pronounced among LPs that are highly exposed to high-growth sectors, such as technology, which saw steep declines. The last time there was major fear of the denominator effect was in the wake of the pandemic. On that occasion, the Federal Reserve and European Central Bank acted quickly to backstop the system; investors may not be so fortunate this time.

Twenty is plenty
There was a time in the not-so-distant past when a PE firm gearing up to raise $20 billion could have been considered one of the year’s biggest stories; now, it’s hard to keep track of how many there are in market. Clayton Dubilier & Rice is the latest firm to try its luck: the buyout firm is in talks with investors over a successor to its $16 billion Fund XI, which closed as recently as February last year, the Wall Street Journal reports. It joins the likes of EQT X, Carlyle Partners VIII and Thoma Bravo XV in targeting $20 billion or more, according to PEI data. These vast appetites have not gone unnoticed among LPs, some of whom are wary of the potential impact on pricing.

“I still worry about how [GPs] can make their targets, such as their previous years’ over 2x TVPI and 20 percent IRR,” Innchul Oh, senior manager for PE at Korea’s $35 billion Hyundai Marine & Fire Insurance told PEI this week. “I cannot imagine they are still well placed like previous days.”

Taking a time out
Pennsylvania Public School Employees’ Retirement Board, itself the subject of regulatory and FBI scrutiny in recent times, has tabled a fund commitment after a board member raised concerns about a possible conflict of interest, affiliate title Buyouts reports (registration required). The $73 billion pension will vote on a $100 million commitment to Oak HC/FT’s fifth growth fund once investment staff have looked into whether the GP owned an entity that had contracted work with another department of the state government. PSERS is especially on guard for conflicts at present, having been the subject of FBI and SEC probes after it admitted to inflating performance figures.

A positive diagnosis
PE investment into healthcare more than doubled to a record $151 billion last year, according to Bain & Co’s Global Healthcare Private Equity and M&A Report 2022. Here are some other takeaways: