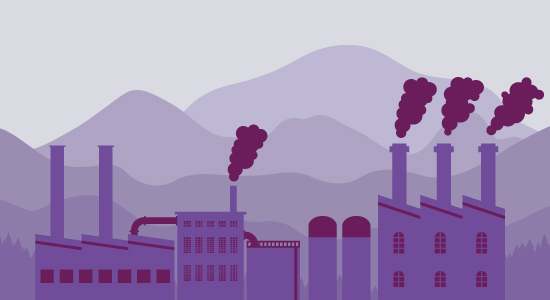 A Dynamic approach to net zero
Net-zero pledges and fossil fuel investments are not mutually exclusive. That’s according to Bryn Gostin, head of product development and strategy at fund of funds Capital Dynamics, who tells affiliate title New Private Markets that the firm does not plan to exclude such investments in its bid to reach carbon neutrality (registration required). Though CapDyn, which has $13 billion in AUM and advisement and invests in PE, private credit and clean energy, has pledged to reach net zero across its portfolio before 2050, the firm does not have a blanket ban on new oil and gas investments.

“The sensible approach is to invest and engage,” Gostin says. “It’s pretty ineffective to say, ‘I’m going to divest these carbon intensive assets and leave them to someone else to worry about’. [PE] that does ESG effectively can help stop the problem of high-carbon assets simply moving out of public scrutiny by setting carbon emission reduction targets and KPIs.”

CapDyn’s not alone in its thinking. Back in 2020, Chris Ailman, chief investment officer at the $318 billion California State Teachers’ Retirement System and a vocal proponent of low-carbon strategies, told a conference that divesting fossil fuels was unlikely to bring about social change. “Divesting is just a buy-sell decision… The reality is, if we sell our shares, somebody else will buy them, and in fact, an investor who does not care about climate change.”

If PE is to have a genuinely meaningful impact on climate change, perhaps leaning into fossil fuels, rather than away from them, is the most effective way to make a change.

Maine-tenance work
It’s not often these days that you hear about institutional investors slashing their allocations to PE; Maine Public Employees Retirement System, however, might do just that. The $18.8 billion pension could reduce the target of its PE allocation by 2.5 percentage points to meet a deadline originally set in the 1990s requiring it to eliminate its unfunded liabilities by 2028, affiliate title Buyouts reports (registration required). That decision was made in 1995, when the pension was just 30 percent funded. At 82 percent, it is now one of the better funded US plans.

As the deadline approaches, MainePERS has recommended an allocation strategy to increase liquidity, which includes reducing its PE target from 15 percent to 12.5 percent. “The proposed reduction in PE is based on two factors: an increased need for liquidity related to the (unfunded actuarial liability) payoff, and the desire to maintain stable funded status and contribution rate volatility as the system approaches and becomes 100 percent funded,” CIO James Bennett told Buyouts, noting that there will be no manager or strategy shifts due to the proposed changes and it could take up to five years to reach the proposed allocation target.

Mercury rising
Australian buyout firm Mercury Capital is seeking A$1 billion ($736 million; €682 million) for its fourth fund, per the Australian Financial Review. If successful, Fund IV would be about 67 percent larger than its 2019-vintage predecessor, according to PEI data. Mercury is led by Clark Perkins, former head of merchant banking at superannuation fund Goldman Sachs JBWere. Only three domestic firms – BGH Capital, Quadrant Private Equity and Pacific Equity Partners – have raised north of the A$1 billion figure to date. If Mercury’s performance is anything to go by (the firm’s two oldest funds – 2010 and 2015-vintages – are on track to return about five-times money to investors, according to the report), then that elusive club may soon receive a fourth member.

Indian fundraising
A few new funds appear to have launched in India. They are:

India’s PE market has exploded during the pandemic and looks set to benefit further from diminished appetites for Chinese PE. A series of Indian regulatory changes are also gradually unlocking an estimated $28 billion of institutional capital for domestic alternatives.