“I must say I was impressed with the sales pitch. They really stand out as pro-business”

Charles Emond, chief executive of CDPQ, tells the Financial Times he was impressed by the UK government’s investment summit last week as the pension gears up to pour roughly $12bn into European assets. 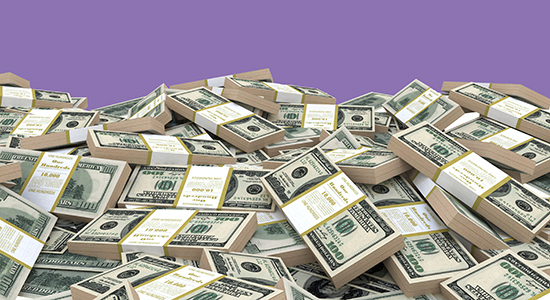 PE’s lobbying leaders
With so much at stake for private funds in US politics at present, it’s little surprise that managers have become increasingly willing to spend big to influence the result. Private equity and hedge funds spent $627.4 million on campaign contributions and lobbying in 2019 and 2020, more than any other two-year election cycle to date, according to research from non-profit organisation Americans for Financial Reform.

Within PE, Blackstone was the largest spender, devoting about $52.6 million to contributions and lobbying, with Bain Capital, Apollo Global Management, Carlyle Group and KKR also among the top 20. The research does not specify which candidates or parties received support from individuals and entities associated with private funds. However, PE employees were leaning towards the Democrats in the build-up to last year’s general election, affiliate title Regulatory Compliance Watch reported in July 2020 (registration required).

Will participants feel the same way in future cycles? That’s unclear, though Democrats – including vociferous PE critic Senator Elizabeth Warren – have been on the offensive against the asset class this year. Wholesale reforms to carried interest taxation, among other areas, could make the pockets from which those donations would come a little lighter.

Advent’s $25bn
If Private Equity International‘s Q3 fundraising data (published here) told us anything, it’s that this year’s heady fundraising market is showing no sign of slowing down. This is good news for Advent International, which plans to seek about $25 billion for its next flagship vehicle in 2022, Bloomberg reports. Firms have raised $535 billion so far in 2021 and may well break the fundraising record before the year is out.

Although a period of frenetic dealmaking in PE certainly appears to justify this abundance of dry powder, not all are convinced the industry will be able to maintain this rate of investment. As we explored in our latest Friday commentary, firms with tonnes of dry powder would do well to ensure that returns are not negatively affected in the event that market conditions take a turn for the worse.

Ares’ wealth plans
Ares Management is the latest PE blue-chip to prioritise the private wealth market. The firm yesterday unveiled a new 90-strong wealth management solutions unit to develop and distribute its products globally, per a statement. It is led by Raj Dhanda, former chief executive of Black Creek Group, a real estate firm Ares acquired this year. The retail and high-net-worth channels have so far accounted for $45 billion of Ares’ assets under management. It joins a number of firms hoping to benefit from the growing democratisation of private markets, with its listed peer Apollo Global Management saying last week that it expects AUM from the private wealth channel to grow from 5 percent today to 30 percent or more.

Canadian comp clash
OMERS Private Equity, the PE arm of the C$114 billion ($92.2 billion; €79 billion) pension, has lodged a defence against a lawsuit brought by a former executive who alleges his contract was terminated because he would not accept a pay cut, affiliate title Buyouts reports (registration required). In a statement filed to a Canadian court, OMERS said the claims underpinning the suit, brought by former healthcare head Tim Patterson, were “baseless” and intended “to extract a higher payout… to the detriment” of pensioners.

In July, 11-year veteran Patterson filed a lawsuit arguing his dismissal was “without just cause” and seeking damages of C$65 million. The crux of the claim is that the compensation plan put forward by OMERS changed multiples times, thereby eroding the promised benefits. The revisions included more than one reduction in an initial 10 percent carry and the addition of a cumulative career cap, the lawsuit claims. OMERS argues that it has the right to modify the compensation package because of its fiscal responsibility towards its 525,000-plus members.

The litigation, which has not been tested in court, might soon be joined by more plaintiffs, sources told Buyouts. The case will be closely watched by other LPs hoping to replicate the GP compensation model for their directs teams.

Arctos gets a new pitcher
Although it’s not unheard of to see professional athletes turning to the private markets after their retirement, it is unusual when that athlete competed in two major sporting competitions. Enter Chad Hutchinson, a former pitcher for baseball team the St Louis Cardinals and quarterback for American football team the Chicago Bears, who joined sports specialist Arctos Partners on Friday as a partner, per a statement. Hutchinson previously spent seven years as a managing director at credit firm Sixth Street. He returns to the world of sports at a critical time: capital is pouring into the sector from a growing number of PE firms hungry for a piece of the action. Arctos is among the largest players in this space, having raised about $3 billion for its debut fund this month.