“Some of these new prohibitions may shift the balance away from the asset management industry, which could ultimately result in additional cost for the investors the SEC is seeking to protect”

Steve Cooperman, co-managing partner at Morrison Cohen, tells Private Equity International that the US Securities and Exchange Commission’s latest proposals assume retail investors are the ones negotiating terms, rather than the sophisticated investment professionals doing it on their behalf. 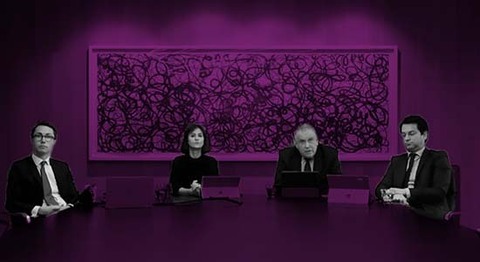 Pollen Street ponders public life
The UK is abuzz this morning with news that mid-market firm Pollen Street Capital is set to become a listed company via a merger with Honeycomb, the listed investment trust it manages, according to a Tuesday statement. The transaction, expected for Q2 2022, would involve credit investor Honeycomb acquiring the entire issued share capital of Pollen Street at a value of about £285 million ($386 million; €341 million) and the latter’s managing partner, Lindsey McMurray, becoming chief executive of the entire business.

Here’s what you need to know:

Portfolio construction
Australia’s superannuation funds aren’t known for having particularly voracious PE appetites. In fact, fee disclosure regulations have left many with allocations in the low-single digits to what is generally perceived to be a comparatively expensive asset class. Cbus, a roughly $46 billion construction and building union pension, has traditionally been one of them: it boasts a 1.9 percent exposure to the asset class and a 2 percent strategic allocation.

Breaking with this tradition, however, Cbus is expected to increase its appetite for the asset class as part of a portfolio-wide review that will conclude in June, deputy chief investment officer Brett Chatfield tells PEI. Co-investments will be key to this buildout, with the fund set to select an overseas adviser to manage a dedicated mandate. The process will be overseen by Serge Allaire, who came onboard as PE head last year.

PEI recently caught up with Chatfield and Allaire to discuss how else Cbus intends to ramp up its exposure. Spoiler alert: specialist funds and mid-market buyouts are a priority. You can read the full interview here.

Vista on the move
Tech giant Vista Equity Partners has established its first overseas outpost in Hong Kong, Private Equity International reported Monday. The process was led by Stephen Seelbach, a managing director who previously oversaw Vista’s Asia strategy from San Francisco and was former chief of staff to founder Robert Smith. Vista has also hired Dawan Koo, a former director at credit specialist Värde Partners, in a fundraising and investor relations capacity. It’s an interesting time to be setting up shop in Hong Kong, which has been isolated during the pandemic by strict quarantine measures and is now battling its worst covid-19 outbreak to date.

The importance of Bain prepared
We’ve all heard about inflation playbooks in PE, but what about election ones? Speaking at the London School of Economics annual alternatives conference on Monday, Bain Capital’s Jonathan Lavine said the firm is already considering and preparing for the possible outcomes of November’s mid-term elections. “Anytime we have an election in US, it seems like a lot can change that would result into a lot of policy changes,” he said. “We would never invest in something that an election would have a binary outcome [on]. We would hold our fire and not invest if the results could destroy an investment.”

A big ASK
Blackstone has acquired a majority stake in Indian asset and wealth manager ASK Investment Managers from Advent International and other sellers, per a Monday statement. ASK, which was one of the first portfolio managers to set up shop in India, manages more than $10.6 billion in assets, largely for high-net-worth individuals and family offices.

The purchase is a logical one for Blackstone, which has been open about plans to take advantage of the growing global private wealth opportunity by doubling the size of its in-house team. Its move into India is especially pertinent, given that Asia is expected to supplant Europe as the world’s second-largest ultra-HNW individual hub by 2024.

PEI explored the changing relationship between PE and private wealth, including the myriad ways firms are accessing this opportunity, in this month’s Deep Dive. Read it here.