“When you talk about private equity, there’s really no good way of measuring risk.”

Sung Won Sohn, an economist who chairs LACERS’ investment committee, voiced his concern on Tuesday over the pension’s decision to hike its PE allocation from 14 percent to 16 percent (registration required). 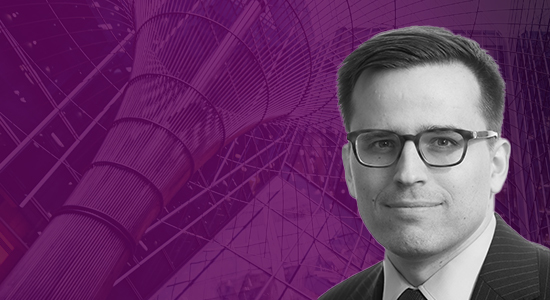 GPs of the future
PE must change its model in order to capitalise on the shift from defined benefit to defined contribution pension schemes. That’s according to Andrew Brown, head of PE research at investment consultant Willis Towers Watson, which this month launched a dedicated private and public equities working group to determine how investment firms might look in future. A key focus will be the potential for a new type of passive, or beta offering, within PE that allows asset owners to access and hold these investments in a cost-effective way.

“Our view is, why don’t we go ahead of the curve and find managers who can see that change brewing and start tweaking our model to allow new investors to come into the asset class and have first-mover advantage,” Brown tells Side Letter. More in tomorrow’s Friday Letter.

Chicago’s emerging interest
Emerging markets GPs might want to give Chicago Teachers’ Pension Fund a call. The $12.2 billion institution, which has previously relied on funds of funds, made its first direct commitments in Africa in 2019 and is gearing up to do the same in other emerging markets, CIO Angela Miller-May tells Private Equity International this week. Though its $540 million PE portfolio is heavily weighted towards the US and buyouts, Miller-May is on the hunt for “small and nimble” GPs in less established regions. The full interview is here.

Carlyle’s comp tweak
Carlyle is putting its chief executive’s money where the firm’s mouth is. Kewsong Lee’s pay – which reportedly totalled $16.4 million last year – will now be measured against diversity metrics including the hiring and development of an inclusive culture, and its target of having 30 percent of portfolio company board seats filled with diverse candidates by 2023, Bloomberg reports. Carlyle will also reward employees who have stood out in their contributions to progressing diversity. The firm is among those leading the way on DE&I in private equity amid heightened pressure from LPs – find out how here.

If the Glover fits…
BC Partners‘ credit arm has made an unusual move into the world of fund finance. The $4.2 billion unit said on Wednesday it had hired Tom Glover, former head of US fund finance at Investec, to develop GP and NAV-based lending strategies (press release here). Its move is timely: NAV lending transitioned from niche to mainstream during the pandemic as GPs sought urgent liquidity at a time when traditional lenders took a step back.

Elmhirst’s next step
Yesterday, PEI reported that Jake Elmhirst, a 25-year veteran of UBS who helped found its private funds group, is set to depart. It’s unclear where Elmhirst is headed. If you know, feel free to leave us an anonymous tip.

Unlocking the UK’s DC opportunity
Continuing today’s DC pension theme, the UK’s Financial Conduct Authority wants input on its proposal for a fund structure that would allow DC plans and retail investors to invest more easily in PE, VC and other illiquid assets. The open-ended Long-Term Asset Fund is expected to include longer redemption periods, high levels of disclosure, specific liquidity management and governance features. Two-thirds of DC schemes in the UK are yet to invest in illiquid assets, per a government survey. PEI examined three key obstacles the asset class faces in tapping the vast DC opportunity last year.

– This article was updated to state that Kewsong Lee’s remuneration was a reported $16.4 million in 2020.