“I think the forces driving this are too powerful right now”

Apollo Global Management chief Marc Rowan told attendees at Tuesday’s investor day that he expects no let-up in the growth of alternative assets as the firm seeks to roughly double its AUM to $1 trillion by 2026. 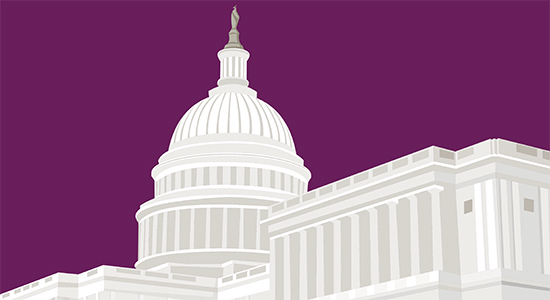 It’s back…
US Senator Elizabeth Warren’s Stop Wall Street Looting Act is back. The Democrat and several of her colleagues yesterday reintroduced the bill intended to fundamentally reform private equity and end the industry’s “abusive practices”, according to a statement. The draft legislation, a version of which first appeared in 2019, would, among other things:

The move has already drawn a response from pressure group the US Chamber of Commerce, which says it could lead to the loss of anywhere from 6.2 million to 26.3 million jobs. While there’s no guarantee that this bill won’t disappear like its previous incarnation, PE is already facing an assault on carried interest taxation in the US. The direction of travel suggests Warren’s bill might gain more traction this time around.

PE’s unshakeable allure
If you were wondering whether PE fundraising could continue at its current breakneck pace for some time, the evidence suggests it can. Some 81 percent of institutional investors plan to increase their exposure to the asset class over the next two years, according to a survey by London-based Nickel Digital Asset Management of investors representing $275.5 billion in AUM. Just over one-third of respondents think the increase will be dramatic.

This data chimes with another survey, from placement agent Eaton Partners, which found that 65 percent of investors will increase their allocation to PE in Q4 of this year. That, however, will be dependent on macroeconomic factors, with 58 percent saying their allocations would be affected by the US Federal Reserve hiking interest rates or starting to taper the US economic stimulus programme.

Capza’s succession
French growth equity and debt firm Capza has reshuffled its leadership team, per a statement. Existing partners Benoît Choppin, Maxence Radix and Guillaume de Jongh have been promoted to managing partner, replacing the outgoing Laurent Bénard, who is pursuing new opportunities. The trio will run the business alongside founder and president Christophe Karvelis Senn. Priorities will include business development in Europe and Asia, as well as strengthening its sustainability and impact strategy. Capza collected €200 million last month for its debut Growth Tech Fund and is in market with its sixth debt flagship, according to Private Equity International data.

Building back… better?
Those still on the fence about introducing net-zero pledges might find the International Energy Agency’s World Energy Outlook Report a useful tool. The report, which makes for a sobering read, has revealed that, despite the strides taken with renewables and electric mobility, 2021 is seeing the second-largest annual increase in carbon emissions in history, thanks to a large rebound in coal and oil use.

In addition, public spending on sustainable energy in covid-19 economic recovery packages seems to have sparked only one-third of the investment needed to put the energy sector on the right track, with developing economies in particular experiencing the largest shortfall.

According to the report, while many countries have committed to the global effort to reach net-zero, the projected decline in emissions towards 2050 may be offset by the continued growth in industry emissions from the production of cement and steel, and from heavy-duty transport – with much of this growth stemming from emerging markets as they build up their infrastructure.